I’ve written about that topic many times and it’s the fudgy gray areas modeled by Quants usually in their business models and subprime could have never happened without hiding or altering risk to reach desired profit levels.  If you scroll on down to the footer of this blog the 2nd video explains how this works in the financial areas and how banks and hedge funds work it. 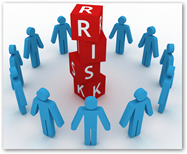 It’s proprietary in the model and thus there’s no way for anyone to really audit the actual procedures and this report took actual numbers and did some analytics.

That’s one way to find a flawed model, whether it was done on purpose or a mistake.  Of course we know if it’s bank, chances are it’s probably altered.  Quants are the business in banks and upper management has usually no clue on what they do and I would suspect the same holds true for insurers.  A couple years ago I wrote about how this is like a regular past time and of course consumers are on the short end of the stick .

This is not the first study done here as the GOA last year cranked out some numbers as well.

Insurers are experts at this as they hired of late tons of Quants to really drill down on business models to squeeze out all they can.  All you have to do is look at job openings and there’s lot of them and with the ACA act and calculated changes for profit required, it’s gone beyond the normal actuary models created and used.  Most actuaries don’t write code, but Quants do with their business models.  Insurers are really right in there too with the financial markets being publicly traded.

Anyway back on track the Quants and even some actuaries here went to work on the “risk” factors and figured out how to increase the risk assessments of patients to allow for higher billing.  By applying a higher risk score they could bill more.  It’s funny as in their own business of paying claims they are on the other side of the table, auditing for up coding from doctors and hospitals.

In the financial world they don’t change the portfolio, they just change the math and that’s what you have here as well.  What was interesting too was the note in the article that said the longer consumers were on the plan, the higher their risk factor went.  Well that’s a given right there as when more data to work with, there’s more opportunities to build a new risk model as more data can cloud the issue easily enough.

So now what is CMS going to do about it? It’s a massive project to go back on the individual risk assessments to calculate balance billing the insurers for this too.  As a matter of fact, with the use of quants and data scientists in health insurance, how long before we call “it” a science as I said below.

So in essence here CMS would have to call it “fraud” I might guess to audit and collect after a further examination of the “risk factors” used as that’s what one has to look at.  There’s been no cuts in Medicare Advantage D as when that has been proposed, CMS has backed out and instead given increases.  It’s kind of a catch 22 with that as the insurers will react and they are have with narrow networks and assigning new doctors to patients by the algorithms.   To keep costs down, participants (the humans) have to uproot and go where the algorithms say.  This is the ugly situation we have with United Healthcare right now as they prepare for Medicare Advantage cuts, which may or may not ever happen.

So what do you do at this point?  Do go through and try to fight the insurers who put you behind

the 8 ball because they knew how to model and knew all we asleep in the CMS hen house?  It’s a lot of work and then you have the rub from insurers who basically hold the participants in “benefit” hostage situation.  Way back in 2009 when Sebelius was appointed to HHS, I said things like this would happen as she’s no match for the extremely intelligent profit making models that health insurers use.  When changes took place with the law, insurers just brought out their modelers that know how to work with risk factors for profit.

Sure this is a really hard lesson but until HHS and CMS come into the math modeling 21st century to find items like this sooner, the government will always be eating it and I’m sure that’s what’s going to happen right here.  So what is an algorithm…the video will explain a little bit..hard hat warning…but this will give you an idea of how the math models are made for risk assessments.

Hire some Quants at HHS and CMS to stay on top of the game as once it’s done there’s no going back when a little Algo Duping has taken place, we know that as consumers as we are chased and under the Attack of the Killer Algorithms on a daily basis.  Using the example link above those in Tennessee, Medicare Advantage doctors and patients are all having their lives disrupted due to risk assessment algorithmic math formulas and nothing either doctors or patients have done to contribute to these decisions, it’s the Quants and business modelers of the health insurers to maximize profits.  There is a code of ethics for quants and data scientists, but do they follow them, we don’t know.

Now scroll on down and watch the 4 videos in the footer and really learn about how unfair all of this really is and how your choices are being taken away from you with math models and algorithmic formulas that execute.  In the link about Tennessee too, there are even flaws in the United algorithms as some seniors were being routed to OBGYNs instead of another family practice doctor, so be a skeptic when you need to be.  BD

Department of Health and Human Services researchers found that many plans exaggerate how sick their patients are and how much they cost to treat. Medicare expects to pay the privately run plans — an alternative to traditional Medicare —$160 billion this year.

The HHS study does not accuse any specific insurers of wrongdoing or name  the plans that were scrutinized. But the researchers offer the most comprehensive evidence to date that suspect billing practices have been common across much of the Medicare Advantage industry and are likely to get worse unless officials crack down.

Medicare pays the Advantage health plans higher rates for sicker patients and less for healthy people using a complex formula called a “risk score.” But the HHS study spells out several ways health plans have inflated those scores, from reporting surprisingly high levels of medical conditions such as alcohol or drug dependence to billing for an inordinately high number of patients with complications of diabetes.

Health care fraud expert Malcolm Sparrow, a professor at Harvard’s Kennedy School of Government, said the problems with billings based on risk scores reveal how “financial incentives” can improperly influence how medicine is practiced.

The new study amplifies the findings of a Center for Public Integrity investigation published in June. The investigation found that Medicare made nearly $70 billion in “improper” payments — mostly overcharges from inflated risk scores — to Medicare Advantage plans from 2008 through 2013. The center’s investigation also found that risk scores rose much faster in some health plans than others and that federal officials repeatedly yielded to industry pressure to minimize efforts to recoup overpayments.

“The main issue, now that it has been revealed, is ‘upcoding’, which no one likes to discuss, but the data is in black and white and speaks volumes,” Cassano, CEO of Accucode Consulting, wrote in an email.

The Center for Public Integrity has sought similar billing data from CMS for the past year as well as the names of Medicare Advantage plans that have been suspected of overbilling the government — and by how much. In late May, the Center sued the Department of Health and Human Services to make its Medicare Advantage audits and other related records public. The lawsuit is pending.