Home » Medically Related » My Commentaries » Other Items of Interest » Technology » MD Sunshine Act Pharma Payment Data - Big Media News That Most Consumers Could Care Less About- Flawed Data With Some Bad Query Matching Delays Some Of It Anyway, Whoopee…

MD Sunshine Act Pharma Payment Data - Big Media News That Most Consumers Could Care Less About- Flawed Data With Some Bad Query Matching Delays Some Of It Anyway, Whoopee…

Here we go again and this is only such big news because the media tells you it is:)  If it gets 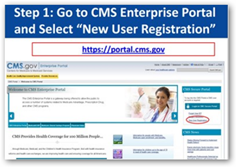 repeated enough then you become like the old mushrooms in the dark room and that’s kind of what we have here.  Well it’s a little bit better than what Healthgrades puts out with a 61% accuracy rate:)

Seriously myself, I could care less about digging through this data and sure there could be a couple nuggets found here as the doctors have also been allowed to review and log on ahead of time to see what will be reported, but again consumers have so many algorithms chasing them today, who has time for this?  It’s like the deal over CVS not going to sell tobacco products, tell us when they are actually putting the plan into action and stop with all the marketing stuff and we’ll give them a high five, but until then, just shut up please:)

CMS Intends To Remove CME In Open Payments Program, The CMS Is Very Concerned The Agency Might Appear to Be Giving the Impression They Endorse Corporate Sponsorships (Grin)

We all know media is looking for stories today more so than ever and this is yet one more of those. I cared less when the the Medicare data was posted as well, never looked at it as I have too many things touching  me personally than to go out and see what else I could stick my nose into that would distract me and that’s what we have here.  You can differ with me if you like but I want data that touches me and impacts my life to review and data like this is just fluff as far as I’m concerned.  When private companies that sell and distribute data about me I’ll get more excited than this.  This is just about as useless to me as the big 5 Star rating program.  Just because you

have data and can display it for consumer reference doesn’t make it a big deal.

Like I said when I have to look at a company like Healthgrades that puts out horrifically flawed data and is going to have an IPO, just shows were consumers are falsely marketed today.  Again why suck all of this up as being something big when it’s not.  As far as I’m concerned it’s just noise out there and besides some doctors are having other issues with secret insurance scoring that’s causing patients to lose their doctors, now that’s something to be called news versus the Sunshine list of pharma payments.

Over the last number of years there’s been so much publicity anyway on this topic, some of the abuses have either gone away or are very small.  Look at the number of administrators out there anyway compared to doctors and that really puts this in different perspective.  How about those administrators and their benefits?  It is time to talk about those too (grin).

Again with linking MDs to the wrong NPI numbers as what’s stated here as people rush to put such data out there so quickly today without adequate checks, who knows when the last 1/3 is added on how correct it will be.  BD

Next month, when the federal government releases data about payments to physicians from pharmaceutical and medical device makers, one-third of the records will be withheld because of data inconsistencies, an official told ProPublica.

The issue is the latest hurdle for the federal government as it seeks to launch the already-delayed Open Payments database mandated under the Physician Payment Sunshine Act, a provision of the 2010 Affordable Care Act. Making this information public is a crucial step in promoting greater transparency about conflicts of interest in medicine.

"CMS is returning about one-third of submitted records to the manufacturers and [group purchasing organizations] because of intermingled data, and will include these records in the next reporting cycle," CMS spokesman Aaron Albright said by email. These records won't be posted until June 2015.

CMS didn't say how many records were involved, but the number of records withheld could be in the millions, if not tens of millions.

Another electrophysiologist, Edward J. Schloss of Cincinnati, said that some seemingly legitimate payments attributed to him from Medtronic, Boston Scientific and Pfizer disappeared when he logged in yesterday. "It's a big change," he said. "Three of the four companies that have reported payments for me have now disappeared."