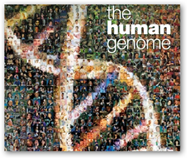 o determine how they affect our health.  The data scientist will not even have to move and will stay in Mountain View.  Ok so when we are talking machine learning I have to include my episode with Google Machine learning as well, so you can see every algorithm doesn’t always get it right, still programmed by humans.  BD

“Venter’s announcement came on the same day that Google revealed it is launching Baseline Study, an ambitious effort to collect extensive genetic and molecular information from at least 175 people in an effort to better determine the profile of healthy humans. “

La Jolla geneticist J. Craig Venter announced Tuesday that he has hired one of the world’s top computer scientists in a bid to prolong and improve people’s lives by deciphering hundreds of thousands of human genomes.

Franz Och was lured away from Mountain View-based Google, where he has been guiding Google Translate, a service capable of translating more than 80 languages. The software, which has more than 200 million active users, translates everything from Yiddish to Swahili to English.

Och will help discover ways to make it faster and easier for scientists to sift through the extraordinary amounts of data produced by genomic sequencing. He will serve as chief data scientist at Human Longevity Inc., a company in La Jolla that Venter co-founded this year to conduct the largest sequencing effort ever undertaken. The company plans to initially sequence 40,000 genomes a year, then ramp up to 100,000 annually.