Home » Medically Related » My Commentaries » Technology » Open Sensor Company, Angel Raises Over $300k With Crowd Funding–You Will Be Able to Choose Your Own mHealth Apps And Avoid Those That Sell Your Data (Video)

This is a great idea as when the product is finalized, you can choose the apps you wan to run and avoid those that sell your data, like the Fitbit, Jawbone and the many others out here. 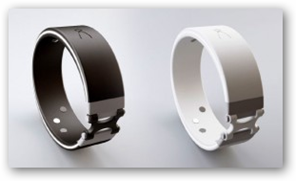 I’m a privacy advocate so this is good news to me as the development goes along.  They are looking for more developers to create apps too, so really a great idea instead of being stuck with a data selling device and app.

The device will have what is calls an “Apps Configuration” dashboard on the phone so if you want you will even be able to use those other software program that sell your data if you want to, from what I am reading here.  Sensoria is yet another “clothes” sensor that is out there who along with Scanadu Tricoder are also “not in the data selling business”…

A couple weeks ago I wrote about the mHealth consumer apps out there with again addressing their lack of privacy and the fact that they sell data as a business model…and I think people are getting wise to the importance of privacy.

You can see those who are not in the data selling business are relying on crowd funding to get started versus the old VC model where they jump on the “data selling” models as they want to know up front that a revenue stream will be available as soon as possible before sending any money out.

As it moves along the company also plans to obtain approval from the FDA so it sounds like they have things moving in the right direction here.  BD

Angel is a health and fitness monitoring device that is open source.

It has raised almost $300,000 through a campaign on Indiegogo, blowing away its initial goal of raising $100,000. Angel is designed with developers in mind.

By being open, they hope to encourage developers to create new and innovative health and fitness trackers and provide consumers the freedom to choose any apps they would like. 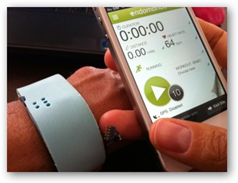 The device monitors pulse, temperature, activity and blood and oxygen level and can share data with other devices via Bluetooth technology. Currently, Angel shares data with apps on smartphones, laptops and soon treadmills. This data can be used in a wide variety of applications. Some of the current applications already created by developers include a workout tracker, sleep monitor, fertility calendar and a golf trainer. It is already compatible with some popular fitness apps including Endomondo, RunKeeper and Strava.

Angel’s developers have worked almost two years on the device and currently have an engineering prototype designed to calibrate and optimize their technology. With the funds raised, they hope to take the device into its final developmental stages and enter the manufacturing process. No medical claims are currently made by the developers but they hope to eventually obtain FDA approval so that Angel can become a medical grade device. The creators plan for the device to be available to market by April 2014 for $135.