Generally I like the way Dr. Hamburg thinks and I’ll tell you what I had to look hard and low here to find an article discussing her keynote address.  First of all it was the last day and we all know how the big speakers are scheduled for the last day to keep all from leaving the convention early and not attending the last day.  I followed the social networks and saw a little bit about a couple presentations, read where WebMD

is jumping in with the data selling folks with collecting biometric information, but basically there was not writing home about things and talks that were at the conference.  We all do have to attribute a lot of this to the saturated field of mHealth devices out there and I myself even here at this blog get tired of them too and about 3 years ago I said create something besides an app that does “only one thing” and we finally seeing some of that now versus a couple years ago.  I even saw before the conference with her contributions as being the most important from what I saw on the agenda.

FDA Commissioner To Give Keynote Address at Annual mHealth Summit, Rest of the Agenda Appears to Be A Yet Another Repeat of Fragmented Marketing Focuses And The Same Old Outdated “Expert Paradigms”

Of course the big thing for me being a privacy advocate is to keep a keen eye out on the data sellers that so easily can flip money out of a Silicon Valley VC just because they have a business model that sells data, so that doesn’t always mean their app and/or product has value and as a matter of fact in my eyes I see that innovation stifling as it’s just one more Query Master with some SQL to make a buck.  I don’t have a problem with companies many money of course but when it relies too heavily on selling data, that indicates to me that it’s somewhat of a sham and will fall apart in time as there’s no “real” value there other than selling your data and consumers are getting wise, and if they read here I have enough material on the “data selling epidemic” in the US.

Well back to Dr. Hamburg, from what I read from only one article I could find, it sounds like the groupies' might have seen her as spoiling the show.  We all know who those folks are who absolutely jump on every little innovative thing that pops up out there (grin), they have been around for years and frankly conventions like this need them.  I like a lot of innovative software myself but not all of it and being I used to write code I have a different value system interpretation than the average groupie.  It goes back to the writing of the EMR I did years ago as I experienced that myself with thinking I had something wonderful and neat to add to the software only to hear the beta doctors tell me it sucked, so been there done that and that formed how I think.  You have to use common sense and ask yourself “will a consumer really want to use this product” or “will a consumer really have time to even think about focusing on this device or app”….hang around with some non tech consumers and you’ll get an answer (grin ).

Dr. Hamburg is right on target herself and as she joked she’s a late bloomer herself and she puts medicine and safety first and that’s ok.  From what I am reading and the lack of much coverage it appears the groupies must feel somewhat like she sunk the show and the enthusiasm?   She said “context” and that is important and hard to define and if you scroll down to my footer here and watch the video “Context is Everything” you will get educated on how this works with clinical trials, crappy marketing you see and more in healthcare as everyone fiddles around with their numbers. Actually I think it’s a good idea to have the ONC and the FDA united and the agency a part of the FDA as it would give the ONC folks access to the FDA software engineers and the software engineers at the FDA easier access to the 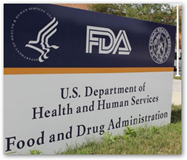 ONC folks as well and that way you get both views and a much better collaboration effort as each side can understand the needs and concerns of the other.  With devices adding input to medical records today the FDA has to be involved.

This week we had a Nobel prize winner state he’s no longer going to submit information to journals as it’s so full of crap out there.  FDA is a consumer agency and she’s right with it being a bargain and sure they don’t get everything right but the Doctor has right “logic” which we need out there today amidst the algorithmic duping that goes on out there today.

Margaret Hamburg: The FDA Agency Is a “True Bargain” for American Taxpayers

I think one of the best videos she’s done goes back to the Einstein College Commencement as you get to hear her talk as she’ sees the world and doesn’t forget she’s a doctor and reminds all others to keep the patient first.

Again she’s right on the money with safety and context and amidst all the crap out there today she stays focused.  If you look at her predecessor, she’s miles ahead and works to do the right thing and understands that big data and analytics can be used against consumers too.  Again it’s good thing we have someone like her heading up the FDA and she had her bout even with her boss “silly Sebelius” over the morning after pill which he handled very professionally.  As she states it’s not just innovation and the latest new product out there it’s safety and context, she’s a very smart woman with a high level of ethics, even though it sounds like the rest of the show was just flat out marketing from what I have read.  Medicine with “context”…good thought to keep in the forefront.  BD

FDA Commissioner Margaret Hamburg began her keynote on the final day of the mHealth summit in Washington, D.C., by joking about her qualifications to speak: She only got an iPhone two weeks ago, she said.

And Hamburg said she "strongly believes" the industry's focus can't just be the latest new things, "no matter how jazzy they are."

She encouraged the audience to keep in mind that innovation isn't just something new--it's something that will truly make a difference in people's lives.

"Medicine alone without proper context, thought and appropriate care will fall short," Hamburg said. "It's up to all of us to make sure [mHealth] is used appropriately."