Home » Insurance » Medically Related » My Commentaries » Technology » Sebelius Asks Inspector General To Review Healthcare.Gov, How Many JBoss, Red Hat, Linux, Oracle, MarkLogic And Other Experts Does OIG Have? Time Elements of Baking A Cake From Scratch With Writing Custom Code Was Just Not There..

Oh this is getting better, Sebelius can't admit she was duped and duped again and I'll do my own blog post on this sometime today.  I said in 2009 she's the wrong person for the job and a head of HHS is going to need "some" tech background to have the "logical thinking" required with Health IT. 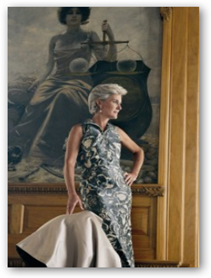 She doesn't have to worry about the GOP attacks, she does it to herself...revisit this speech she made about "hurry up Health IT"...silly..she publicly sticks her own foot in her mouth, this is sad and I said about a year ago maybe time to resign with dignity before it all goes away.

This is not personal at all but darn she hurts all of us and creates more garbage that doesn't need to be there so the OIG could use those same engineers that are there right now working on the website to find out what went wrong, they will tell you...I said in 2009 Health IT would eat her up and it has. I don't know what here self perception is but boy it's not what everyone sees in the tech business.   What’s wrong with this woman is all I can say and it comes across loud and clear that she’s not a fan of technology and lacks the understanding on how it all works and further more is a member of “It’s For Those Guys Over There” club.

She even drug Holder from DOJ into this strange perception with getting him to co-sign a letter to hospitals and doctors across the US, accusing all of being cheaters and they were going to be there and get them..very sad and huge sign of insecurity and again a woman in the wrong job.

costs to do so, not to mention time won't allow for that. duh?

Like I keep saying both government and consumers are getting one real cold hard lesson about the complexities of IT Infrastructures today...

As far as the code not being done, well CMS tried to pull an "Allscripts" a medical record vendor that lied about their code being done when it wasn't a couple years ago, cost the CEO his job and a few lawsuits emerged over that one..same thing with CMS trying to lie their fannies off.

Who in the heck are the “Dupees” that thought this project could be written in the time element give from the bottom up..CMS...used the wrong cake mix as you need modules with code already written and truth be known we probably had some Open source folks there pushing this with them duped as well on the amount of time and money it required to write from the bottom up, IT egos there contributed.

Somebody else agreed and liked my thoughts on that one as well a Health IT news agency.

Procurement does need a fix and we all agree there but creating a risk assessment officer for CMS is a joke..that is unless they find one that has a dual focus and can code, otherwise just one more job that will in time prove that it too will be ineffective.  Ok will end up with a little satire here as the image I used kind of indicates, more important to be on the face of “Vogue” than learning and tending to real matters at hand it appears, sad as we all lose.

If you want to learn more about Algo Duping and the Attack of the Killer Algorithms and see how you are impacted with code and models running on servers 24/7, visit my Algo Duping page and watch some videos, you will get an education as to what “really” happens outside the DC witch hunts and OMG press.  Sad, this woman just has bees in her bonnet.  BD

WASHINGTON -- Recognizing that deeper problems may lurk behind the botched rollout of the health care website, President Obama's top health official Wednesday called for an investigation into management and contracting decisions.

Health and Human Services Secretary Kathleen Sebelius said in a blog post early Wednesday that she is asking the department's inspector general to investigate the contracting process, management, performance and payment issues that may have contributed to the flawed launch of HealthCare.gov.