Home » Medically Related » Other Items of Interest » Pharma/FDA News » Retail DNA SNP Testing Results Compared Can Have A Lot of Variances, Won’t Be As Accurate As a Full Sequence So Best To Leave It Up to the Professionals..

Retail DNA SNP Testing Results Compared Can Have A Lot of Variances, Won’t Be As Accurate As a Full Sequence So Best To Leave It Up to the Professionals..

The DNA tests the author had done were segments of DNA called SNPs and none were a complete sequence and you can read through her comments and the entire article at the link at the end of this post.  Pretty amazing stuff when you look at how the interpretations read out.  This is the same thing 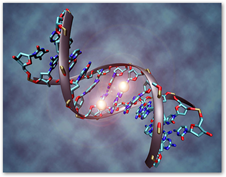 as with medical records with the more information you have and can relate, the better interpretation you will get.  23AndMe, who was told by the FDA to stop is one of her sources uses to read her DNA.

The companies choose which SNPs to read as well and some relied on different strands than others.  This a case of segmentation and not having the big picture with all not being equal in the markers examined as some were a lesser number and some were more.  A full sequence is probably around $3000 according to the article and there may be places that do it for less or more.  George Church when he sequenced the famous first 10 individuals did a “full sequence”.   Also mentioned here is Craig Venter with his synthetic genomics and he says the same thing, you need a full sequence to attain accuracy.

This holds true with a lot of what we see with data today, even outside of DNA tests as we have analytics that zero in on certain areas and don’t’ include other areas that touch and affect the data we are looking at.  Any mathematician, quant or computer scientist will tell you right up front about the rate of errors with any such calculations.  I always kind wondered why the company was called 23 And Me and it appears that there are 23 diseases that start in adulthood that can be treated where there are tests for them, and the rest we rely on DNA testing for insight.  LabCorp does the lab work for 23AndMe who also has their own genetics institute and of course has their branches of retail labs across the US.

All in all the opinions here were to take such tests with a grain of salt and consider it entertainment.  My deceased mother was an astrologer and being around it all my life, I took it as entertainment as well, so I guess the same idea here except no DNA for what she told me (grin).  BD

I like to plan ahead; that much I knew about myself before I plunged into exploring my genetic code. I’m a healthy 28-year-old woman, but some nasty diseases run in my family: coronary heart disease, rheumatoid arthritis, Alzheimer’s and breast cancer.

My experiment ran into hurdles from the start. After I ordered 23andMe’s saliva test kit, which for $99 promised a report on more than 240 health conditions and traits, it turned out that I could not legally send it in; the New York State Health Department forbids any labs that lack a state permit to accept specimens from a health-related test. Luckily, my in-laws mailed it from their home in New Jersey.

Then I learned that the other two companies I planned to approach were no longer offering genetic testing. Additional research led me to two more: Genetic Testing Laboratories and Pathway Genomics. G.T.L. charged $285 for a report on 25 disease risks, and required a professional sample collector to draw blood; Pathway charged $399 for a report on 24 disease risks. (In 2010, Pathway planned to sell its saliva test kit at Walgreens, but abandoned the idea after the F.D.A. challenged the sales. Now Pathway requires a doctor to order a kit on a patient’s behalf.)

23andMe said my most elevated risks — about double the average for women of European ethnicity — were for psoriasis and rheumatoid arthritis, with my lifetime odds of getting the diseases at 20.2 percent and 8.2 percent. But according to Genetic Testing Laboratories, my lowest risks were for — you guessed it — psoriasis (2 percent) and rheumatoid arthritis (2.6 percent).

For coronary heart disease, 23andMe and G.T.L. agreed that I had a close-to-average risk, at 26 to 29 percent, but Pathway listed my odds as “above average.”

In the case of Type 2 diabetes, inconsistencies on a semantic level masked similarities in the numbers. G.T.L. said my risk was “medium” at 10.3 percent, but 23andMe said my risk was “decreased” at 15.7 percent. In fact, both companies had calculated my odds to be roughly three-quarters of the average, but they used slightly different averages — and very different words — to interpret the numbers. In isolation, the first would have left me worried; the second, relieved.