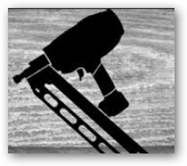 worry about.  This was a smaller company and half of what was invested for the employees never got there and we have a lawsuit now as the company went bankrupt.  There was a false front on the company looking like they were growing and thriving, but not so, books cooked.  BD

The U.S. Department of Labor says the title insurance company CEO who committed suicide by nail gun misappropriated more than $62,000 from employee retirement accounts, according to a federal lawsuit.

Richard Talley of American Title Services Company in Greenwood Village allegedly deducted more than $111,000 from employee paychecks for company-sponsored retirement accounts, but more than half of it never got there.

The misappropriation had gone on since 2008, the labor department said in its lawsuit filed Friday in U.S. District Court in Denver. It is unclear how many employees are affected.

That company, Title Resource Guaranty Corp., says American Title's books were doctored to cover up the shortfall, and has sued Talley, his widow, Cheryl, and others to recoup the funds.

Cheryl Talley, American Title's co-founder, has not been reachable and has sold the family's Aurora home. She has denied in court records any knowledge of the company's financial troubles or the alleged actions of her husband.