Looks like some of our broken stuff is finding its way over to the Netherlands and they don’t like it.  Insurers want to do contracts with specialists to drive their cost down, we know what that is very well here in the US.  They have some “cheaper” policies too that end up with patients not being covered fully for surgical costs and they don’t like it. 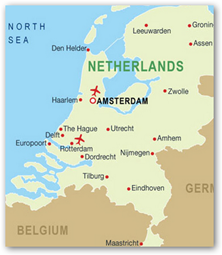 "Insurers’ contracts are not purely based on quality; they also protect their vested interests. Soon there will be no initiative able to occur independently in an existing hospital," he said.”

The proposed law would not cover anything at all if a patient went to a doctor where an arrangement is not in place with an insurers.  I did a post a couple years ago to where in Germany they did a rating of the worst bottom feeder jobs and insurance salesman was number one.  I don’t know if that still holds true or not but a friend in the UK said the same thing.  If a patient goes to a “Dutch Hospital” though where the inexpensive policies are in place, they could get 50% coverage with using a doctor who is not an insurance partner.  BD

General practitioners in the Netherlands

are planning to strike on Wednesday, June 4, in order to make their patients aware that adjustments to the Health Insurance Act currently being mooted will prevent them from choosing their own medical specialist.

Currently in the Dutch health insurance system, insurers are required to pay a certain amount to patients who go to a specialist or facility that is not partnered with the insurance company, offsetting at least part of the cost of treatment for the patient.

If the amendment to Article 13 of the Health Insurance Act passes in Parliament, however, that obligation to pay even part of the cost will be scrapped, and insurers will only cover the costs of those patients who go to practitioners with whom they have a contract.

Not all GPs are planning to strike for one hour on Wednesday, only the ones from industry group Vereniging Praktijkhoudende Huisartsen (VPH), which has about 700 members.

Specialists such as physiotherapists have already been put under pressure to lower their fees by insurance companies. Now, the amendment could allow insurers to refusing to offer contracts to specialists if they find their fees too expensive or even if they think there are too many in one area. -