Home » Insurance » Medically Related » My Commentaries » HHS and CMS Are Going to Be Digging Their Graves With Flawed Data-Inconsistencies With Obamacare Insurance Information-Lots of Flawed Data, Payback For Opening Healthcare.Gov Before It Was Done..

Payback is  bitch and here we have what I would call “data payback” and of course system admins who are in on the details of all of it probably knew this was coming as well.  When you deal with data and and matching records it’s a pain and time consuming. 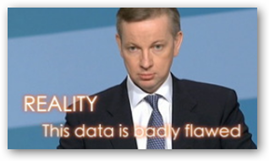 the flawed data tagged on to me.  I mention this as this is what you probably have going on here as the article said there was updated data on those who applied.

So again whey applications were made, there was a verification process so that apparently is very flawed too as Experian was one of the contractors hired to do some of this work, but heck they can’t even do due diligence when they acquire another company a bought a thief themselves that the Secret Service found, and it was a huge exposure.  Here go again, the Sebelius Syndrome continues to haunt…

One Really Good Reason to License and Excise data sellers, Huge Breach As the “Data Selling Epidemic” Both Legally and Illegally Continues To Grow-All We Have Are Lawyers Who Only Do Verbiage While “Code Runs Hog Ass Wild” -Due Diligence is Dead

In Nevada when many enrolled the state government queries and data were off and denied many the ability to enroll as it showed quite a number of people incarcerated too, and they were not and they were people with no criminal records at all.

This is what’s making everyone unhappy with the way things don’t work together with all the algorithms that process information and yes Obamacare is one big Attack of the Killer Algorithms.

programming with today’s complexities is freaking hard?  Now that we have seen this, look what the next government data mechanic logic novice is doing…wait until Richard Cordray gets done with having a data base of all US Consumer credit data…here we go again in the halls of digital illiteracy.  BD

Republicans, who have made the law known as Obamacare a top issue for November's midterm congressional elections, pounced on the disclosure as fresh evidence that it poses an unworkable burden for Americans.

But officials denied that the data issues rise to the level of problem enrollments, saying consumers in many cases included data on income, citizenship and immigration that is more up to date than federal records show. They said most of the problems will be sorted out by the end of the summer.

The data discrepancies, first reported by the Associated Press, surfaced a day before the U.S. Senate is scheduled to take up a final confirmation vote on Obama's nomination of Sylvia Mathews Burwell as Secretary of Health and Human Services, the official chiefly responsible for Obamacare implementation.

Consumers experience regular changes in income and various life circumstances and the law accounts for these kinds of situations," CMS sad. "It is not surprising that there are income discrepancies given that this is a brand new process."