Heck Acxiom and LexisNexis will do anything to make a buck and just make our lives miserable.  So now it sounds like they have hospitals convinced they need this data as well.  It’s bad enough with insurers for goodness sakes with all their data analytics and you know what, it has not done a single thing to improve things and healthcare is more expensive than ever, you can thank data 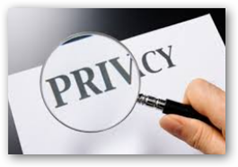 selling for some of that.  I said made this post yesterday and now has impact over here too as people will run from all of this as data gets used out of context and it’s becoming more flawed every day, so to the exit doors we go and maybe that might be the whole idea to keep costs down after all, you think?

So it was just your insurance company now the hospital is going to be scrolling through your Visa and MasterCard records to see if you bought that Hershey bar or to check and see what size clothes you are buying.  Blue Cross admitted to that as their reason for buying credit card expenditure records and you can’t make that up.  Of course we know that’s pretty weak and they are analyzing every other tidbit of information in those records they can find.  Here’s the story on that one with insurers.  Some hospitals are becoming insurers too so they are up for all the data they can get and learn from insurers how to play with risk numbers to save money, but maybe cost lives.  I’m in the OC in southern California and Memorial Care and United as everyone says here the two are sleeping together and are tied at the hip.

So are hospitals going to start recording our voices like the call centers with insurers do too so they can analyze and score (and sell) something to the behavior analytic folks to analyze and come up with some spurious correlation to score you again!   You wonder why healthcare is so expensive at times, well all of this costs money.

“This Call May Be recorded for Quality Purposes”..Heck Not, Millions of Algorithms Have Been Turned Loose to Listen To and Analyze Your Voice When You Talk To Your Insurance Company As Algorithms Continue To Take Over the World…

And then we have the FICO medication scoring that brags they have scored over 3 million people and all they need is your name and address to score you from 0 to 500 on whether or not you will be a good little patient and take your pills.  This is crap as there’s no science to it and it’s all proprietary and can’t be replicated so BS like this score had to be credible?  I don’t think so and you don’t even know you have been scored.

If you want to find a doctor or hospital though, well you get stuck with data, dead doctors, fake listings, etc. from Healthgrades and Vitals (link below)  and that’s as good as it gets for consumers, just throw any old data at us as they want the ad revenue from your clicks, but insures and hospitals now want everything they can get their hands on, flawed or not, nobody checks, just query and sell that data.

But wait there’s good news while all this crap is going on, there’s some new crap app out of Silicon Valley to kee

p you entertained with apps that capture more of your data.   Unnecessary scoring as the World Privacy Forum wrote about and do read the report, it’s a good one as the rest of the world is watching this nonsense and hurting of consumers that’s taking place in the US.  Read the clip below, they have lost their minds.  The next plan is to send the doctors and nurses out to chase you.

Well I think the Healthcare provider and patients need to unite here as they don’t have time to o chase us and we don’t want them to as well.  I’m not talking about a hospital quality follow up programs, which are a good thing with the human element in it and done right they work.

This is something else and then guess what, the doctors and nurses will get scored on how well they chase you down and will have the providers rummaging through all your data.  I see the quantitated bull shit rising and a lot of algo duped folks here that again are living in virtual worlds.

“Carolinas HealthCare System operates the largest group of medical centers in North Carolina and South Carolina, with more than 900 care centers, including hospitals, nursing homes, doctors’ offices and surgical centers. The health system is placing its data, which include purchases a patient has made using a credit card or store loyalty card, into predictive models that give a risk score to patients. “

I have said this many times of late that people are so wrapped up in “virtual” values that they can’t see the real world values and that goes all the way up to the White House as now I get “junk science” figures sent by their email bot.  It used to be good from the White House but now it’s just another bot in the wall.

Education is always the best and you don’t have to keep score on every incidental as again, the real deal here is that it creates more data for sale and you can bet the hospital will find an avenue to sell it too as that’s the way the chain goes, it’s like having cash in your pocket to burn.  You see it with Mayo and Optum Labs as Mayo get some money from the revenue made by charging companies like Boston Scientific to rummage through and see what’s in there about their products in the medical records, and oh yes, this cost money to de-identify the data and that’s not a cheap bill.  Why do you think with the new Apple Mayo app that you can’t get your data back out to keep?  It has to go over to Optum so it can be used for companies to rummage though and find information on drugs and medical devices, so is this data selling for the good or the good money?  Hospitals are doing this stuff as they are looking for money too as Mayo sees declining revenues on the horizon.

I’m sorry but we’re F&#@ed up here as people don’t work that way…and we don’t function like algorithms either.  A healthcare data selling company is getting bigger all the time and just went public a few days ago..read about it below..

Watch video #1 in the footer, “It’s all about context” and you’ll understand how we have quantitated justifications (for money) for things that are not true and models that will not work.  If you like that video, then cruse on over to the Killer Algorithm Page and see how you get fooled with math and quantitated statistics and you’ll see how really stupid these people are with this program, and again it’s all about the money, not you getting better at all.

So Let’s head for the exits when we can I guess as this is dangerous with all these folks living in virtual worlds that think they are doing it for “your good” as the folks behind it that want to make the money will do their best to convince you that this will work.  Those doing the convincing are so damn Algo Duped, it’s not funny.  Come on over and spend some time getting educated on how to see through some of this which I call “The Grays” at the Killer Algorithm page.

Book mark the Killer Algorithm page and come back and watch some videos from folks smarter than me when you have time and learn up so you don’t get duped and know when to be a skeptic.

It’s time to enact my 3 year campaign and start at step one and begin licensing and excise taxing ALL Data Sellers now as these lost screwballs are going to make it absolutely miserable with trying to work and make us convert to broken models and behave like Algorithms.  BD

You may soon get a call from your doctor if you’ve let your gym membership lapse, made a habit of picking up candy bars at the check-out counter or begin shopping at plus-sized stores.

That’s because some hospitals are starting to use detailed consumer data to create profiles on current and potential patients to identify those most likely to get sick, so the hospitals can intervene before they do.

Information compiled by data brokers from public records and credit card transactions can reveal where a person shops, the food they buy, and whether they smoke. The largest hospital chain in the Carolinas is plugging data for 2 million people into algorithms designed to identify high-risk patients, while Pennsylvania’s biggest system uses household and demographic data. Patients and their advocates, meanwhile, say they’re concerned that big data’s expansion into medical care will hurt the doctor-patient relationship and threaten privacy.