The folks at Data Dealer, the game have an updated video and I’ve included it below.  Again we are right back to same problem that nobody wants to admit exists.  The video and game were created to exploit and bring this to light.  If you watch the video, it’s done very well and it the reality of what’s happening that governments everywhere refuse to admit to and remain bliss. 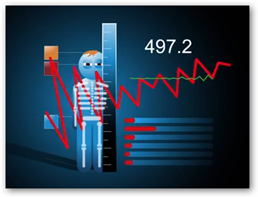 I don’t know what it’s going to take but I have been all over the FTC for about 3 years now to at least establish a “licensing” program to create an index of who’s selling what kind of data and to who.  Right now law enforcement has little impact to even begin to protect consumers.

I read over and over and over about the privacy so called “experts” that just miss this first step and seem to think companies are going to write some kind of algorithm to help with privacy efforts and boy are they all snowed by all means and we end up under yet another form of the “Attack of the Killer Algorithms.  All seem to want to stay bliss while data selling continues to grow.  The World Privacy Forum wrote about “The Scoring of America” as no other country has such a massive network built up like we do when it comes to “scoring” people.  You have been scored over and over and you don’t even know by who and second of all to who bought those scores.  Companies and banks score to make money and the consumer is left with no way to even find out when they get denied access to something.  You take Walgreens and CVS making a billion a year just selling consumer data, so that will give you an idea of how much easy money there is for banks and companies.

Again with privacy experts we have not had any that I’m aware of that have at least one inkle of data mechanics knowledge and they keep failing us and will keep failing us as their perceptions are not on track and are wrong. It’s the same thing we have seen with Kathleen Sebelius and Mary Jo White for a couple examples as they are duped and just flat out smarted.  I started calling this phenomena the “Sebelius Syndrome” as it was so publicly displayed so many times.  If you want to read more on the direct data selling epidemic and how it directly accelerates inequality, the link below has more.

In addition there’s the actual World Privacy Forum report on privacy where they tell you the rest of the world is watching this insanity in the US as sure there’s data going on in other countries but nothing and I mean nothing like the easy money being made here with little or no accountability.  Government is completely snowed and doesn’t get it and thus all privacy efforts will fail without an index that identifies who the data selling players are.  Are they selling data for the “good” or for the “good money” or both?   So far too, the government when they do look only seems to focus on data brokers as well and are oblivious as to all the other activity taking place.

How this FICO medication adherence program gets away with what they are doing is beyond me, but again it’s the inability of government, being outsmarted with leaders that have no data mechanics logic and choose to remain bliss that allows this to grow and then every day we get to read in the news about inequality growing, well this is a big part of it.  I call it “The Grays” to where folks can’t 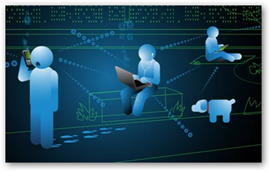 tell the difference between virtual and real world values and again publicly we saw that over and over with Kathleen Sebelius, and again nothing personal but she was on display publicly making comment created by her own perceptions that were not true and the tech society just shook their heads over and over.

I don’t know what it’s going to take to wake folks up as even at the White House their communications template acts just like another bot on the web and that’s sad as is has little impact and people have wised up to getting tired of filling form after form on the web and that’s what you see there, along with some use of “junk science” and that too is sad with putting numbers out there that can’t be predicted.

So long and short, as consumers we are screwed as there’s no interest from the government to do anything except let inequality grow with having a hay day with all our data.  The consumer protection agency head, Richard Cordray is just one  more lost lamb out there too.  He has done a little bit with low hanging fruit that use old methodologies which is better than nothing but he’s right in there with Mary Jo White at 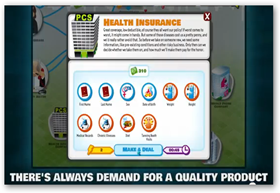 the SEC, oblivious and getting duped right and left all the time and carrying around some well duped perceptions that don’t work when things get complex and his latest big tool he wants is to create a data base of all consumer credit information in the US.  That’s pretty standard procedure for executives with no data mechanics logic thinking, they just want build a data base and we hear that over and over and that novice perception is what we have to live and suffer with the duping goes on.

The US Comptroller of the Currency seems be the only agency interested in hiring some data sleuths and even that is a reach and hopefully something may occur there as they work with banks to review math models used by the industry, but again they might be outsmarted with the intelligence on the other side.  See below with comments from the #1 Quant in the world what they have to deal with, as Mr. Wilmott says some times they just make up numbers and of course nobody wants their proprietary formulas revealed that have fictitious values in them, but they exist out there as they make money.  You wonder how many there are where Quants just made up formulas to dupe everyone and make money.  Again the code is compiled and proprietary so we’ll never know. 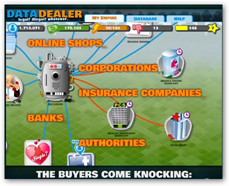 to ensure that they operate in a safe and sound manner and in compliance with laws requiring fair treatment of their customers and fair access to credit and financial products.

The OCC is an independent bureau of the U.S. Department of the Treasury. The President, with the advice and consent of the U.S. Senate, appoints the Comptroller to head the agency for a five-year term. The Comptroller also is a director of the Federal Deposit Insurance Corporation and NeighborWorks® America.”

A really good example of Proprietary Code is the FICO medication adherence “scoring” that goes on out there and everyone just buys up what they produce with scoring regardless of wanting any proof of what they are selling is correct and again with a low bogus score, this will hurt consumers and you don’t even know you have been scored, so the more scoring that goes on , the more money made by banks and corporates and the less the consumer gets to what they need to survive as the cards are all stacked as what we need to live is owned by the cash corporations and the banks…

We get these dizzy privacy folks and others talking over and over that can’t get past step one of identifying the group you are trying to regulate and that would be licensing.  It’s these weird perceptions that data novices want to fight with you about all the time, I’ve had it a lot and they are bullheaded too and don’t listen.  Sad we still have this perception that nerds are not involved at top levels in

decision making.  I say why not as that’s our big problem in the US as we have figurehead folks that are non data mechanic thinking and they fail us right and left all the time because the other side is way ahead of them and knows how to dupe very well.  It’s been going on for years.  You can watch some videos at the Killer Algorithms page that are mostly at layman level and hear some great experts who have the modeling just flat out tell you.  It’s scary as the perception of figurehead executives thinking they can compete without an arsenal of competent folks on the government side is the root of what ails us.

So in summary, don’t look for any change with inequality to happen at any time soon as the oblivion rules; and the rich will keep getting wealthier as the algorithms running on servers 24/7 without and accountability will keep it going.  BD

Thursday, June 19, 2014
My Commentaries , Other Items of Interest