Home » Medically Related » My Commentaries » Technology » When The Models Are Too Complex With Too Many Bits of Data-Sometimes Quants, Data Scientists Just Guess and Assign a Number Value And “That’s Not Science At All “

We are living in a world of complexities today and we get good quality data and we get the other side as well.  If you watch video #1 in the footer “Context is Everything” Professor Siefe does a real good job explaining how this happens.  I see it all the time out there with not being able to have the ability to replicate a proprietary model and I have chatted about this with the NISS, 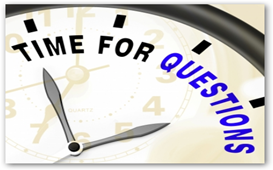 The National Institute of Statistical  Science and that’s a lot of what they do, verify models for accuracy and authenticity and they too can see the flaws and issue warnings on proprietary code that everyone just sucks up and thinks is accurate.  They also look at the big picture like I try to do here as well and see all the tentacles that reach out there with the data and really dig in to try and make sure it’s a good model.

This is a really good video clip from video #2 in the footer, the Quants of Wall Street, that I hope is an eye opener for you as these are the folks building math formulas that we all ooh and ah about being so scientific and many of them are of course, but like anything there’s the down side of using math to make money and “code hose” consumers, “because they can”.

As Paul Wilmott states “it’s a correlation between the sublime and the ridiculous” and there’s a cool site done by a Harvard student that exploits this with spurious correlations and if you look at you might think “gee this sounds like what I read in the news today”:)  When you stop and think about all the “big data” news today, this is what you are talking about, finding corrections with big sets of data and again as Mr. Wilmot explains here, when it’s so complex and higher ups who have no idea of how all this works are waiting for the formula for a Quant or mathematician to create, well they just “guess”.

In the video below he’s talking about finding relationships with millions of mortgages and the people who have them, and this is the same process that occurs with healthcare models too, looking through big data sets to find correlations in millions of files with healthcare reco

rds, treatments, diseases, diagnoses and so on.  How much guessing could be going on?  That’s a good question I think. We don’t like to think that it does, but we sure have a lot of stat rat failing models today both in healthcare and finance.  You just take mortgage data and think of healthcare data instead here as math works the same.

Let’s just assume the numbers are all the same as it’s too complicated and we will just assume the number is .06.  Management in banks don’t understand the technical side of how models are made and as consumers we have same issues too and if .06 is in there as an assumption, well wake up to the world of Algo Duping or Code Hosing.  As Paul Wilmot says “it’s ridiculous as you have to use the thing (model)”.  When you listen to him talking about heads of banks not knowing how this works, well we have same thing with heads of healthcare organizations too and economic cycles not quality represented there either.

Interesting happening here too with Chief Scientists from IBM Watson going to Wall Street?  Watch Video #2 in the footer to see the entire Quant documentary shown in the clip above.

This is why formulas like the one FCIO uses to supposedly “score” you with medication compliance should be ruled as bunk as it’s proprietary and we can’t replicate it, so do we trust it?  Did these folks here just decide to use .06 as they are comparing millions of individuals?  We don’t know and until that can be accomplished it’s just math and perhaps a bunch of Algo Duping for profit that take the shape of yet more Killer Algorithms that hurt consumers.  So the question is “why do we believe such models with not requesting any accountability”, you think?  How many of these types of models work with health insurers?  Same thing we have have no methodologies to verify for accuracy and we have to “believe them” on everything?  If you go back a few years you can probably remember article after article in news articles on how much technology is going to save healthcare, didn’t happen did it?

Again those were only models with numbers that came from who knows where but companies like Lewin (a subsidiary of United Healthcare) and Mckinsey for another example make big dollars putting reports as such out and they also are a huge tool used to change or move public perception on a massive scale, you see it all the time on Twitter with what I call “magpie tweets” where people just fall all over themselves thinking they have found something of real value when they have not, just another marketing report to substantiate something is what it usually turns out to be.  So again if the model is not replicated for accuracy, why in the world does FCIO get to sell this scoring procedure if its not proven?  Of course you have no idea too if you have ever been scored too, so no transparency there either, check out the World Privacy Report and see what they have to say on this topic too as they did a very fair assessment.

So again it behooves us to ask questions today with complexities as we want accuracy and if we can’t replicate models, then we are in for many more years of potential code hosing all over the place and what we end up with is confusion with people not being able to tell the difference between virtual and real world values and we see it everywhere.  I call it “The Grays” and we even see it on the White House communication bot template with numbers just tossed at us with no explanation of where they came from, which in turn will end up hurting the climate bill as you can’t fool everyone with just tossing numbers at them.  Actions as such end up being categorized as “junk science” if you will.

People just don’t work that way and sadly we are seeing more and more software models fail as we keep trying to get people to act more like an algorithm if you will instead of creating true efficiency values and what happens, models fail and we end up with the Attacks of the Killer Algorithms and the videos at the link from people much smarter than me will really

get you up to speed with what’s going on.   We seem to have more loose cannons today than we have ever had with data perceptions and it’s everywhere and gets everyone, the novice consumer, scientists, politicians..you name it.    Machines do not have ethics and that part is purely human but they are getting better at matching patterns and that’s what machines do, with not ethics in sight.

All of this of course continues to feed the data selling epidemic in the US too and inequality continues to grow as formulas run on servers 24/ making life impacting decisions about all of us, just relentlessly scoring us and moving money.  The link below is the sad reality we are all living today when data modeling is abused for the sake of profit.  BD