Home » Insurance » Medically Related » My Commentaries » Technology » Update on Healthcare.Gov It’s Always Work In Progress - Programming Is Freaking Hard And Takes A Long time If You Have Not Figured That Out Yet..

Update on Healthcare.Gov It’s Always Work In Progress - Programming Is Freaking Hard And Takes A Long time If You Have Not Figured That Out Yet..

This is nice to get an update on what’s happening.  This will always be as is any major IT project, work in progress.  The article here does a pretty job of telling the story of where things have moved up and actually includes some technical information.   I like that as it helps me make sense of the entire scenario here too. 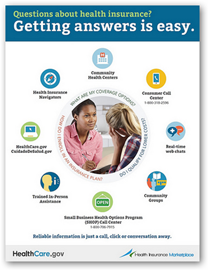 with open source code modules to allow people to log on and create accounts, which mean some java code and various other apps to be written to all integrate and work together.  Now with the short time frame and and not a lot of time to pay folks to write code from scratch to where there are perhaps limited libraries, an obvious solution is to put in more modules from Oracle that have been engineered to work with this module but can’t say for sure.

Actually Oracle took 6 yeas to rewrite all their software from ground up to work this way and there too it’s ongoing.   So hey, this is a lot less time than 6 years if you are going to talk “realistic” builds here.   The state of California used a ton of modules instead of trying to write code from the bottom up as any smart engineer knows the time element required and there’s nothing going to be perfect.  In addition there’s a new contractor as well in place.  Accenture is a Gold Oracle partner as well, so they do a lot of work with Oracle and open source code too.

Healthcare.gov Changes Contractors Again-Accenture Is Now To Be Named The Top Dog-IT Infrastructure Complexities and Talent Needed Is A Daunting Task…

In addition Amazon is the new host instead of Verizon and we’ve already heard that update a while back.  There’s been a ton of engineering work done from what I am reading here too.  We have the 834 insurance modules getting ready to be added and whether or not that will be ready we just have to wait and see.  Again the original contractor wanted the money and thought they could write enough custom code in the time allowed, not.  The state of Oregon is going through that too with their situation with the Governor being a little digital illiterate if you will.   As I wrote a while back we have ton of busted algorithms here outside of the website with all kinds of other data not matching up.

Obamacare for 2014, How In the World Are All Those Algorithms Going To Play Together, World of Complex IT Infrastructures That Are Attached To Almost Every Law On the Books Might Pose Some Issues To Recently Generated House Bills…

In addition you still have the complexities with insurer side doing their thing too.  Insurers are working to get their new pricing done as well.

In the beginning of the mess there was just so much lying or maybe I should say digital illiterates trying their best to understand and communicate what the problems were.   In addition we have this former Goldman Sachs derivatives analyst in the boat.  I might guess her part is to look after the insurers part of this entire law.

Its kind of hard telling by the the way the article was written about the identity manager but Oracle identity manager is pretty much the choice of the enterprise but not the only one out there so it makes sense to use modules already built by Oracle that work.  Kaiser Permanente uses it for example for their large system. It really just depends on what you can put in there that will work with what you are going to keep in essence.  It also looks like the load has been split for folks that have more complex information to be se

nt to another leg on the site.  The small business end kicks in in November as well.

Capacity, bandwidth and other things that caused issues have pretty much been resolved from an engineering standpoint and now it’s pretty all code.  It’s unclear about the additional Amazon features at the back end from reading this as to how they will function but it states it has to do with payment generation associated with enrolling sicker patients.  If you read the World Privacy Report on “The Scoring of America’ you can see this “scoring procedure as one of the item they cover.  The government scores you here as well as all the the other data sellers out there too.  The report is very interesting and addresses a ton of “not needed’ scoring that occurs out there with us with proprietary code outside of the government’s scoring formula.

It shouldn’t be as bad as last time, but there will be new glitches this time as there always is but maybe not as bad.  I read another article say it will work this time but that’s a little over confident to me as I always expect the unexpected.  We have more working parts this time around and more variables than the first time, but again the hardware part is taken care of.  BD

The Obama administration is revamping HealthCare.gov and scrapping significant parts of the federal health-insurance marketplace in an effort to avoid the problems that plagued the site's launch last fall, according to presentations to health insurers and interviews with government officials and contractors.

But the makeover—and the tight timeline to accomplish it—are raising concerns that consumers could face another rocky rollout this fall when they return to the site to choose health plans. Some key back-end functions, including a system to automate payments to insurers, are running behind schedule, according to a presentation federal officials made to health insurers.

Adding to the pressure, HealthCare.gov is still in the midst of transitioning to new government contractors to manage basic functions.

Among the changes in the new version of HealthCare.gov: a revamp of the site's consumer-facing portion including the application for coverage most people will use, as well as the comparison tool that lets them shop for plans, according to slides from a May 20 meeting for insurers held by the Centers for Medicare and Medicaid Services, which oversees HealthCare.gov.

For consumers looking to sign up for 2015, the site will have a new home page, visual design and tools to help them learn about the program, window-shop without registering and find local assistance. It will be optimized for mobile devices and run on Amazon.com Inc.'s cloud computing service.