Home » Medically Related » My Commentaries » Other Items of Interest » So What Avenue Will Walgreens Take, A Tax Inversion and Move to the UK or Reduction in Costs, Which Means Lay Offs And/Or Closures To Bolster the Value of The Stock?

So What Avenue Will Walgreens Take, A Tax Inversion and Move to the UK or Reduction in Costs, Which Means Lay Offs And/Or Closures To Bolster the Value of The Stock?

Remember HP and their big 50k person layoff announcement?  Well that’s an option here.  Sure companies do lay off and restructure but when you look at stock buy back programs in the masses as we have done primarily to bolster up the stock price, you can’t help 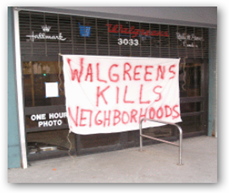 but see that’s an issue here and what number of people, facilities, etc. of course is not known.   Who knows they could choose both the tax inversion and cuts costs too, and we won’t know until it is announced.  Of course if cost cutting is done, there go some jobs.

The projections from Walgreens are not high enough to satisfy investors as they are a couple billion a year below what the original projection was so again dangerous to rely on models too heavily.   Banks are  getting out of the commodities business as transactions in that side of trading are getting to be a bit scary as actual mining facilities have been closed by some trades, and so this is where things out of the virtual world come and hurt the real world out there and with this Walgreens discussion we are looking something similar.  Maybe they will have to sell more data as they already make between 1 and 2 billion a year, just selling data.  Now that’s huge and why I always talk about excise taxing data sellers, as add in banks, other businesses and you have one hell of a pot of gold to tax.

Cashing in big with data…and here’s yet one more area with data selling with medical record data for research.

We don’t of course know the amount but there was also a recent settlement relative to software with MMRGlobal and Walgreens.  Who knows maybe Walgreens is going to make some money from suing other drugs stores too, like CVS and RiteAid, more at the link below on that topic.

But never mind all of this, it’s all about patient care (grin), not the shareholders?  I know and understand share holder interests very well but this is getting a bit out of hand as we saw what HP did  and who’s next besides Walgreens?  Again with using the in store clinics, as I looked at recently, you can see the open routes there for collecting and selling our data too.

Walgreens already did some cost cutting a while back in moving their employees over to a private insurance exchange managed by a risk assessment/investor relations firm.

Personally I don’t trust any of their software as I know too much from writing this blog that they will figure out any way to make a buck with it so no Walgreens PHR either and of course the phone is “off” whenever I visit one of their stores, which is not very often at all.   So there you have it, pressure on the CEO to bring that money in for the shareholders, and well if they have to make drastic cuts and people lose jobs, well it’s the middle class folks as big profit methodologies are calling.  It’s not what I want to hear.  BD

Barclays on Walgreen - Investors in the Driver's Seat; Upgrading to Overweight

With their jobs on the line, Walgreen Co. CEO Greg Wasson and his lieutenants are considering drastic moves to boost investor returns at the Deerfield-based drugstore chain.

A report last week by influential Wall Street analyst Meredith Adler of Barclays Capital Inc. says the possibilities include, but go well beyond, the controversial proposal to cut Walgreen's tax bill by reincorporating abroad, a move management initially dismissed but has recently indicated a willingness to consider. Also on the table, Ms. Adler says, are deep cost cuts and heavy borrowing to finance share buybacks.

In her long, detailed report (scroll down to see it), Ms. Adler says Walgreen brass faces a potential revolt by dissatisfied shareholders. And she illuminates rising tensions over who will control Walgreen as it transforms from a U.S. chain into a vertically integrated global player through the acquisition of European drug retailer and wholesaler Alliance Boots GmbH. According to Ms. Adler, many investors question the ability of current Walgreen management to run such an operation and believe Alliance Boots leaders would do better.

Ms. Adler prescribes painful treatment for a century-old company steeped in paternalistic traditions—I don't see how Walgreen can reduce overhead by $750 million without significant job cuts. But I interpret her report as a set of non-negotiable demands from investors.

Monday, June 23, 2014
Medically Related , My Commentaries , Other Items of Interest