Neuroscientists who initially supported the HBP feel that they have been taken advantage of with this project and can’t determine if there’s going to be any value found here.  You can read a portion of the report in Nature below or use the link and read t 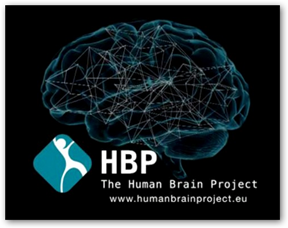 he entire article.  One option to save the project would be to eliminate neuroscience from the Brain project and just focus on technological objectives.

Secondly they could split the focuses of neuroscience and technology  into separate sections.  Their last option mentioned here would be to attempt to put the entire project back on track which means funding again and to try to revive trust in the project and involve additional neuroscience entities.

This project gave birth to the US Brain Project which focuses on techniques development, only one element so if the European project is having this kind of difficulty what does that say for what the US is doing here?  The Neuroscientists feel this took advantage of them and again it became bad model with a bunch of data on servers to maintain.

Are these folks not well enough attached to reality here?  The European Board announced plans to dissolve the cognitive-neuroscience program.  18 principal investigators left as well as the director.  All they are left with is again a massive data base limited to numerical simulations and by themselves yield no understanding.  So I think we need to keep a close eye on the US Brain Project at this point and not saying there won’t be any value at all, but rather to watch and see if “value” can be created and if they can get the models right. If the European project is not restructured it looks like they have a waste of money on hand.   BD

Launched in October 2013, the Human Brain Project (HBP) was sold by charismatic neurobiologist Henry Markram as a bold new path towards understanding the brain, treating neurological diseases and building information technology. It is one of two 'flagship' proposals funded by the European Commission's Future and Emerging Technologies programme (see go.nature.com/icotmi). Selected after a multiyear competition, the project seemed like an exciting opportunity to bring together neuroscience and IT to generate practical applications for health and medicine (see go.nature.com/2eocv8).

Contrary to public assumptions that the HBP would generate knowledge about how the brain works, the project is turning into an expensive database-management project with a hunt for new computing architectures. In recent months, the HBP executive board revealed plans to drastically reduce its experimental and cognitive neuroscience arm, provoking wrath in the European neuroscience community.

The crisis culminated with an open letter from neuroscientists (including one of us, G.L.) to the European Commission on 7 July 2014 (see www.neurofuture.eu), which has now gathered more than 750 signatures. Many signatories are scientists in experimental and theoretical fields, and the list includes former HBP participants. The letter incorporates a pledge of non-participation in a planned call for 'partnering projects' that must raise about half of the HBP's total funding. This pledge could seriously lower the quality of the project's final output and leave the planned databases empty.

The HBP blends two styles. One comes from a history of successful interdisciplinary collaborations in the European Union in brain- and neuron-inspired computation1. The second originates from a computational research programme, the Blue Brain Project2, initiated by Markram in 2005 (see 'Brain activity'). This collaboration between the Swiss Federal Institute of Technology in Lausanne (EPFL) and the IBM computing corporation aimed to build large-scale 'bottom up' numerical simulations of a rat's neocortical column, a set of about 100,000 neurons considered to be a functional unit within the brain.

The crisis results mainly from ambiguities concerning the place of neuroscience in the HBP. From the beginning, neuroscientists pointed out that large-scale simulations make little sense unless constrained by data, and used to test precise hypotheses. In fact, we lack, among other resources, a detailed 'connectome', a map of connections between neurons within and across brain areas3 that could guide simulations. There is no unified format for building functional databases or for annotating data sets that encompass data collected under varying conditions. Most importantly, there are no formulated biological hypotheses for these simulations to test4.

Many scientists also feared that the HBP would siphon funds from fundamental research. The European Commission's investment in a large 'brain project' would influence what other research areas it chooses to fund. Nonetheless, such an opportunity seemed unlikely to arise again, and neuroscientists (ourselves included) joined up, even if they did not agree with all aspects of the HBP proposal or with certain promises used to sell it. We put our faith in open and interdisciplinary collaboration, trusting that intellectual and operational details would take shape gradually and collectively.

Neuroscience in the HBP is now limited mainly to simulations and to building a massive infrastructure to process mostly existing data. The revised plan advances a concept in which in silico experimentation becomes a “foundational methodology for understanding the brain”5. Numerical simulations and 'big data'6 are essential in modern science, but they do not alone yield understanding. Building a massive database to feed simulations without corrective loops between hypotheses and experimental tests seems, at best, a waste of time and money. The HBP's goals now look like a costly expansion of the Blue Brain Project, without any further evidence that it can produce fundamental insights.