Home » Insurance » Medically Related » My Commentaries » Technology » It’s Become A War To Keep Patient Medical Records Secure And Out of the Hands of Hackers, Data Selling Epidemic in the US Fuels This Fire…

It’s Become A War To Keep Patient Medical Records Secure And Out of the Hands of Hackers, Data Selling Epidemic in the US Fuels This Fire…

We all should know or be aware of the fact that the US has a data addiction and selling problem.  We don’t do as much manufacturing anymore as any company out there with data knows there’s cash burning a hold in the company pocket if they can sell it.  We end up with data being sold to where the end buyer finds out later that what they bought and are trying to use puts no real money to their bottom profit line.  That’s a slow process indeed as people keep hiring data scientists thinking there’s a profit rabbit on every corner to pull out of the hat, which is not true. 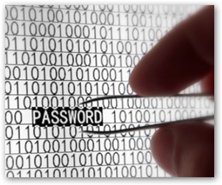 These are more of the data novices that really get caught up in all of this as someone selling software can really hype you up on the fact that you need it and thus with that type goes the hacker hype and interest too.

So now we are seeing some of the biggest hospital systems being hacked and how far they get access varies.  Instead of a major focus on security, healthcare prefers to sit around and create data and images to view and say “look how pretty my infographic is”…like on obesity which is very visible and I see it every day but for some reason folks think this needs to be mapped over and over and over.

The breach at UPMC was pretty bad too and the hospital records of employees were accessed with fake income tax returns filed and bank accounts drained so other than medical records there’s other hacker cash cows they can go after.

Instead of all the little silly start up stuff, why doesn’t Silicon Valley put more effort in to this area if they want to be constructive instead of masses of “me too” types of software that end up in the “glut” pools with millions down the drain.  We don’t know who the real data sellers are in the US either so it’s easy enough to confused hackers with real data sellers that are making billions selling our personal data sometimes as Experian found out with not doing enough due diligence on a company they acquired and is still the largest data breach exposure around, 200,000 million US citizens, about two thirds of the US population.   Experian bought a company that had a hacker already built in that the Secret Service found later.  Read the link below for the full story on that breach.  BD

One Really Good reason to License and Excise Data Sellers, Huge Breach As the “Data Selling Epidemic” Both Legally and Illegally Continues To Grow-All We Have Are Lawyers Who Only Do Verbiage While “Code Runs Hog Ass Wild” -Due Diligence is Dead

Demand for health records is high. The FBI estimates one goes for $50 on the black market, much more than the few dollars often required for credit card numbers. Ponemon Institute, a research center that examines data protections, says breaches cost the industry up to $5.6 billion a year.

Stolen health care data can lead not only to financial loss but also to inaccurate medical records and, thus, misdiagnosis.

These and other recent incidents reveal the growing market for patient data and perilous gaps within the health care industry.

“It’s a war we’re in,” said John Halamka, the chief information officer of Boston-based Beth Israel Deaconess Medical Center and cochair of the Health IT Standards Committee, a federal group that advises the government. “Hackers innovate and find new ways to get in and those who store data innovate and find new ways to keep them out. We’re leapfrogging back and forth.”

Halamka considered this summer’s attack on the hospital operator, Community Health Systems, one of the most sophisticated he’s seen and an example of the increasingly clever methods of cyber criminals.