This is the same hedge fund, Jana that was trying to convince Walgreens to move to the UK under a tax inversion, nice huh?  One board member starts immediately and another remains to be named.  So Walgreens is going to have some financial nudging from here on out.  Currently Barclays is stating that a !4 million dollar buy back is possible and currently they are doing a $3 million stock buy back.  Do you trust Barclays?  Hmmmm 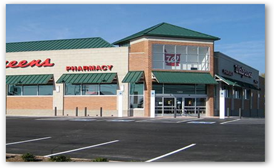 Hedge funds can have an impact and this one, Jana owns 1% of all the Walgreens stock.  Walgreens also recently had the CFO issue with an big error in Medicare prescriptions.

And of course further data poaching for selling consumer data will continue and it wouldn’t surprise me to see even more of this as it’s data for nothing and profits for free.  Walgreens makes about a billion or better a year just selling our data.  BD

Walgreen Co., WAG +2.39% facing mounting pressure from analysts and shareholders, said it is giving activist investor Jana Partners LLC two board seats, a relatively large say for a shareholder with a little more than 1% of the company's stock.

Jana's Barry Rosenstein and Walgreen Chief Executive Greg Wasson had largely friendly and constructive conversations, even as Walgreen rejected the suggestion to move, which had ignited public controversy, people on both sides said.

With seats on the board, Jana will now work with Walgreen to cut costs and change the kinds of products the drugstore chain stocks on it shelves, while also urging changes to its capital allocation, such as increasing its stock repurchase plan, the people said.

Mr. Rosenstein will join Walgreen's board immediately, and Jana will place a second director as soon as it identifies a candidate Walgreen accepts, expanding the board to 15, Walgreen said. The hedge fund will also get a say in filling the next board vacancy, whenever that comes during the length of Jana's investment period.

Walgreen's decision in August to increase its dividend and launch a $3 billion share buyback also failed to appease critics. Barclays questioned management for not doing a larger buyback on a public conference call.