Ok time to switch places again and I don’t know of the impact this will have on patients with doctor affiliations but assume there could be some.  Brooklyn Hospital Center is now a clinical and academic affiliate of Mount Sinai and its school of medicine 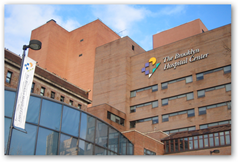 (The Icahn School of Medicine at Mount Sinai).  This is good for Mount Sinai with a bigger reach into Brooklyn.  As I read there’s nothing financial here but rather just an affiliation beyond one current walk in urgent care center.  As the article states, there’s more of this type of activity taking place in New York.   Since the closure of Long Island College Hospital in downtown Brooklyn in 2013, the need for hospital care has rolled over to the remaining hospitals.  BD

Other hospitals in Brooklyn also are in talks to change affiliations. Lutheran Medical Center is in discussions with NYU Langone Medical Center, which is expected to operate medical services at the LICH campus. Located in Sunset Park, Lutheran has a clinical joint venture for cardiac services with Mount Sinai.The Brooklyn Hospital Center has separated from the New York-Presbyterian Healthcare System in favor of a new affiliation with the Mount Sinai Health System. Brooklyn Hospital is now a clinical affiliate of Mount Sinai Hospital and an academic affiliate of the Icahn School of Medicine at Mount Sinai.

The deal has been long in the making, as Brooklyn Hospital finalized complex financial negotiations on its exit from the New York-Presbyterian network. Brooklyn Hospital declined to comment on the confidential terms of its disengagement from the giant Manhattan health system.

Mount Sinai and Brooklyn Hospital previously partnered in a high-profile but unsuccessful bid to run health care operations at the former site of Long Island College Hospital. Brooklyn Hospital and Mount Sinai worked with the Related Cos. and Blue Wolf Capital to bid for LICH.