This is a continuing story of the California Medical Association asking for a delay with starting the United Premium Designation Program and you can read more at the link below where they said no, algorithms have to run no matter what.  You may not even know what the Premiums Designation is but it’s more analytics and scoring of doctors that they have to go through to maintain being in network with United.

The company says this program started in 2005 and that’s about right as I remember reading a brochure and information about it I said recently around 10 years back to my memory fits well here as at that time I was spending a lot of time around a primary practice office writing and programming an EMR which I sold for a very short time.  You see a lot of stuff when you spend a lot of time at a doctor’s office.  You can also visit the company’s site for MDs and see what all they have in store for MDs.  Doctors can log in and see their Premium Assessment Results from there.  There’s a pdf that will make your head swim as a patient that outlines all the grading formats.  Here’s all the Optum/United software that is used for this complex evaluation from claim data. 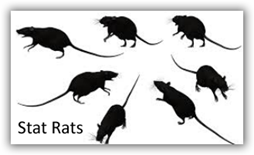 The Practice Rewards page is left blank.  So they have tools for the doctors to use with the symmetry software and the first is what they call EMB Connect which includes all the data from claims and is supposed to help doctor assess you, the patient  to make you more compliant.  Then it goes on to episode risk groups teaching doctors more on how to do a risk assessment on you and tools to predict your current and future healthcare usage.

There’s a couple others as well called Symmetry Episode Treatment groups and Pharmacy Risk and those dive into  Population Health risks and assessments. So did you think population was a CMS invention, nope, it’s been here for around 10 years as I remembered seeing the beginning stages and all one has to do is pretty much just read the United Healthcare Annual Report and you can see where CMS gets their models and it’s been that way with a flurry of United people in government ever since Hillary Clinton rescued Lois Quam, who was a big executive at United, who was one of many who were named in the DOJ Criminal case the SEC brought forward in 2008-9 related to back dating stock to increase the value.  I think it’s still the largest derivatives fine on record.   The former CEO took the hit and the current CEO rushed to give his money back and moved into the current CEO job from being the former COO or CIO.

Anyway, as you can see here there’s a lot going on here with evaluating all the data on the doctors and when you add on that many of them in southern California via use of complex contracts are already getting paid at rates less than Medicare, this does not make them real happy to have a bunch of algorithmic figures and more analytics to jump through.  This process has become more complex as all health insurers are hiring more quants to create models, although United I could guess has had their share for years since that’s where 1/3 of their revenue comes from these days, analytic, software, licensing and 2/3 from selling policies.   You do have to wonder on top of their algorithms and models they are when you see the company just kick out a check for a $175,000 hammer toe procedure and then again hammer down many doctors to getting paid less than Medicare.

There’s also this example here too where the company goes out and bids and wins a Medicare Advantage contract and then has to give it back as they had no doctors in network to see the patients.

Here’s a couple more quotes on the system and see how your doctor has to be quantified by United Healthcare with stats, that may or may not lead to better care but this is the deal to be a Premium so remember that when you see the rankings.  You’ll know that United has quantified him/her with numbers and is working to put you the patient into population health management and keep your doctor in the evidence based medicine area, so if he/she varies outside of what evidence shows with something new where there’s no evidence yet, they slip down a rank or so.

So as you can see there’s a lot here and why the CMA was asking for some changes and delays and their concern on you’re the patient being confused when you see the “Premiums” rankings.  It means your doctor has been quantified and that’s a model and all models have flaws as well.  I think where the CMA is concerned as this article says is in the fact that relying on such quantification heavily will hurt the doctor and patients, and we all know how flawed data is all over the place today.  You will be steered to a layer of tiers, to select a doctor. 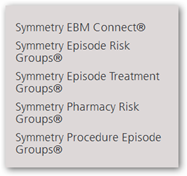 Actually if you wait long enough the internet with all the flawed data out there today will end up in time giving you some kind of diagnosis:)

So if it were me, I’d still ask others about doctors as that’s still the best and you’re going to get a “data presentation” of your intended selected doctor and not the whole picture.  There’s a video at the footer of my blog, #1, called “Context is Everything” and I advise everyone to watch it and see how you get duped on data and numbers and make choices with too much virtual world value and not enough real world value. When you ask another person about a doctor, you’re getting “real” world value and when you look at a doctor’s “data” this is all virtual stuff here with quantitated mass data using criteria that an insurance company decides is what counts, not you.  This is a real problem today with way too many confusing virtual and real world values and insurance companies are not immune to that either.

I’m sure this is part of what the CMA is trying to address here is that stats and numbers don’t tell the whole story and boy do we remember that with the VA in Phoenix as they could not get into the real world when interviewed by Anderson Cooper and he too walked away scratching his head saying the same thing, “all they could talk about were their numbers”.  Some of United’s models now are starting to fail anyway in some other areas as just like hedge funds their models fail after an amount of time and don’t make money anymore and the same with models like this, they get dated and either need an update or be dumped as they may no longer work with current economic times.   BD

United Healthcare (UHC) has agreed, at the urging of the California Medical Association (CMA), to make some changes to its Premium Designation program. However, UHC refused to address many critical problems that CMA had identified, and CMA still believes the program continues to have serious shortcomings. CMA continues to urge UHC to make additional, more meaningful changes with its physician rating and tiering program.

"In its current form, the program will not only confuse patients but will also fail to provide them with meaningful information that could actually assist them in making important health care decisions,” wrote CMA President Richard Thorp, M.D., in an August 13, 2014, letter to the insurer.

The program uses clinical information from health care claims to evaluate physicians against various quality and cost-efficiency benchmarks. CMA believes that the program as currently planned will only lead to confusion among patients and physicians and fails to achieve a central stated goal of UHC –to modify physician practice patterns to improve both quality and cost-effectiveness.

UHC has regrettably chosen to avoid making any substantive changes to the Premium Designation program. The serious flaws that were ignored by UHC and remain in the program, CMA continues to believe, can cause real damage to physicians and patients, especially as UHC begins to use the inaccurate designations as a basis of steering patients into various tiers.