Home » Insurance » Medically Related » Other Items of Interest » Cigna Buys HealthSpring Inc For $3.8 Billion, Who Bought Bravo Medicare HMO Who Had Profits of a Billion in 2010-Subsidiary Watch

Cigna Buys HealthSpring Inc For $3.8 Billion, Who Bought Bravo Medicare HMO Who Had Profits of a Billion in 2010-Subsidiary Watch

Here goes another one with Medicare patients being a focus and this is yet one more acquisition to gain more patients from traditional Medicare coverage.  Members have restricted lists of doctors they can see and preventive care is a big part of the 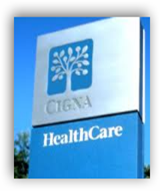 In other recent Cigna news from a couple months ago we had this going on and I don’t know if it has been resolved yet.  Currently as it stands, the state of Delaware can demand payment from Cigna if they do not keep employees in Delaware and add more jobs.  An economic fix is being discussed for the issue and it will be interesting to see what comes out of this discussion,just one of many that appears today, again based on potential profit losses.  If one is a worker in the Delaware office, well you job could be at stake ant it comes right back around to rules, laws and contracts.  This grows out to where now it is taking an “economic development director” to examine and create a “fix”.

You might also want to look at some of their recent other efforts.  The former CEO of Cigna is now working for a medical tourism business who had a contract with a city in Connecticut and it was cancelled based on the partner in the business having a criminal background.  At any rate you can see where Cigna did buy a similar company.     BD

Cigna Corp. will buy fellow health insurer HealthSpring Inc. in a $3.8 billion deal as it becomes the latest managed-care company to snap up a bigger share of the fast-growing Medicare Advantage market.

Cigna, based in Bloomfield, Conn., also said Monday it raised its earnings expectations for 2011 and moved up its third-quarter earnings report to Friday from Nov. 3.

HealthSpring shares soared more than 33 percent, or $13.50, to $53.66 in afternoon trading, while Cigna stock slipped 10 cents to $44.60 and broader trading indexes rose less than 1 percent.

Cigna's acquisition is the latest in a series of deals made by health insurers to expand their Medicare Advantage businesses, which have grown increasingly popular with the managed care sector as baby boomers become eligible for them. In addition, big insurers like Cigna have reported strong results in recent quarters, and analysts have speculated that companies would start exploring acquisitions.

The deal represents a major diversification for Cigna and the most significant move by Chief Executive David Cordani since he took the helm nearly two years ago. Cigna had focused its U.S. health insurance plans on businesses, though Cordani sought more international expansion.