Here we go again with the PSA test and boy is there enough of this in the news, and let’s not forget the Vitamin E study from a couple of days ago too.  Yes we have lost our minds with trying to define a definite guideline here to think we can actually have a black and white case.  We have also lost our minds from the reimbursement side of this for relatively inexpensive tests too.  I absolutely had to laugh today with Newt Gingrich and his comments, he should shut up and take care running for office.  With role models like him, who needs enemies.  He likes to raise money from doctors with one of his not so cool scam campaigns.  I’m sure former FDA Commish Andy would have preferred that he kept his mouth shut too:)  Commish Andy failed miserably as keeping up with technology at the FDA but that is not reflection on his capabilities with oncology. 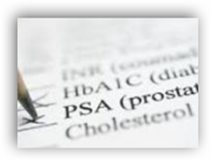 So here we have again more folks thinking that there has to be an exact definitive black and white line, but the doctor is probably the best judge of when to order a test and no two bodies are alike.  What is really important is the decision making process that occurs after a test for patient care.  Mike Milken admits below that the PSA test is not a cancer test but it’s an indicator and could be life saving too just like breast exams.

This a crying shame in the US today as we have members of Congress living in the 70s too that default to talking abortions when they get lost as many are what I call the “non participants” today with consumer IT, it shows.  Just do a Google search and see how many you can find with even so much as an image with a cell phone in hand, rest my case.  We try to educate in this country and go about it the wrong way so much of the time.  Look at what this insurance company does, a game.  As I mentioned would you see Ben Bernanke playing a game for his wellness, hell no, insults the intelligence as it does mine.  This is what folks are frustrated and mad about, you can’t get real value and you have some software folks that want to dummy you down instead of learning in a real education surrounding.  Software developers that make such games don’t mess with it either, they just want to make a million and soak many others into the belief that this is way to go, NOT.

Congress can’t even recognize or talk about big data and they need that technology to make better laws too, we do have “dummied down bunch of lawmakers” out

there sadly, and it’s their own fault as they don’t participate in consumer IT so they have no clue, just like Gingrich and the geeks love to tear him up as some would do better to stay quiet on certain issues.

Again when I listen to the news and hear members of Congress talking about “secret sauce” relative to Google and hear the term “circuit breakers” used in the financial news, I just shudder, well I should be honest and say laugh.

In the current administration too, we have a disconnected HHS Department too that thinks a game or app on Facebook is the answer, no wonder we can’t deal with using a PSA test intelligently.

at them and this site doesn’t even represent a professional study appearance, check it out, look like a bunch of gamers on there, so is this what we have come to?  What’s next, a game to roll some electronic dice to see if a PSA is in order?  This is so sad that we behave and believe this way and no wonder other countries look at us like are nuts.

Here’s another post I made over a year ago and it’s been all over many sites to include Forbes and others, why?  It's true I think of what’s to come with addictive behaviors here.   You can’t just believe there’s a 100% proof formulation for healthcare in every area and we do have insurers pushing this to the maximum as they live off of cost algorithms and have done that for years.

Listen to this radio cast below on how mathematical deception occurs and there’s a ton in here related to healthcare.  I am just flat out embarrassed that we are so hung up on math and think that it is always the truth, well not today with algorithms that can compute easily your desired results.

We are so messed up in the “stupid” studies that show up, we can’t tell the difference between good science and bad science and have lawmakers that sit on cruise control most of the time that are not IT savvy enough to even take an educated stand.

Yes this is a sad deal that Mike Milken had to write this article in hopes of bringing a bit of common sense back, and I hope it works and perhaps my lead in offers some additional substantiation as well. When we have lost the value of being smart enough to utilize indicators to save lives, we have big problems and that’s when the bad math and marketing algorithms come in to fleece and dumb you down.

This was written as the PSA test was in the news, but it certainly applies in many other areas of healthcare.  BD

Forty years ago, my mother-in-law learned from a mammogram at age 57 that she had breast cancer. We immediately sought the best available treatment. She lived for many happy years and enjoyed precious time with her grandchildren. Would she have died sooner without the mammogram? I don’t know. But here’s what I do know from four decades of working to accelerate progress against all life-threatening diseases: No screening test is perfect; well-informed patients consulting with their doctors are better equipped than a government agency to make decisions about their health; there are options other than screening everyone or screening no one; and finally, there’s no comfort in ignorance.

The PSA test doesn’t diagnose prostate cancer. But it can raise a red flag calling for a doctor-patient dialogue on medical options, risks, benefits and costs. We need to make better use of it, not ban it, and, as the American Cancer Society recommends, better inform patients of overtreatment risks.

When we founded the Prostate Cancer Foundation nearly two decades ago, more than 40,000 U.S. men died annually from the disease. That toll was expected to rise sharply as population grew and baby boomers aged. Instead, deaths have dropped closer to 34,000. What happened? For one thing, we’ve supported research that has produced more effective therapies. But also, through media, advocacy events and congressional testimony, we have delivered the message that men should talk to their doctors about a PSA test. And that loved ones should give the same message to the men in their lives.

Congress should consider research and funding for prevention an investment, not an expense. The Milken Institute estimates that America’s gross domestic product will be $5.7 trillion lower by mid-century if we don’t contain the containable consequences of chronic diseases. We can save trillions — more than enough to balance the federal budget — by losing weight, exercising, avoiding tobacco, using seat belts and getting regular tests such as PSAs, colonoscopies and mammograms.