When the unnamed Homeland Security executive made this statement he was right on.  Look at the marketing and tell me that Bernanke, Sebelius, Barney Frank and name who you want would sit online and play a game to add data to your insurer.  This is part of the problem here and what marketing is doing.  Right now when we are in an era to where people need education we market and tell consumers that playing a game is going to do it?  With this blog I try to look at things realistically and let’s face it, smart executives are not going to do this so what are we doing here?  We are taking consumers into the “dumbed down” mode. 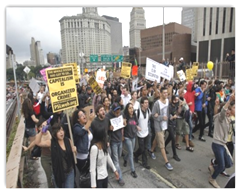 What I am talking about is the Aetna and Humana games that want to draw people in to playing games to add more data to their insurance files.  Again, let’s get real here, are top executives and leaders going to give this one hoot of attention?  Again, this is one of the marketing pitfalls we run into in the US to where some of this is out of control.  It’s the brain washing effect.  Let’s go one more, the software designers who create it are not going to use it, they are in it for the money to create something to be marketed.  This goes against the grain on education and training our youth to come into the business world.  If folks want a real game, how about World of Warcraft.  Real hackers wouldn’t waste their time playing such a game either.

You have to love this flat out comment of reality here with the unnamed expert stating that we have stereotyped people interested in computers in a bad way over the years and have far more students graduating in performing arts that we can use in essence.  For that matter, we have “dumbed down our Congress” too with denial and the focus on the OMG site of politics as well.  We can’t even get lawmakers to consider the real big data tools they need.

I would love to see a role model such as Sebelius or someone in an executive position really playing these games, let’s get real.  They don’t even talk about their own use of mobile consumer health IT products and what they use, much less a game.  It becomes much more difficult to move forward when you have brain washing activities as such being pitched, again marketing to get data. If 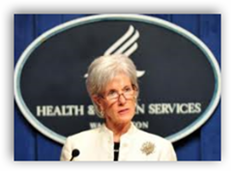 the developers are not using the program themselves, that’s’ your first big hint, they are in it for the bucks to make money and give companies something to market.  Even HHS gets their values confused too in all of this with a contest for a Facebook disaster application.  The real geeks on the web have had a hay day with this one with talking privacy and Facebook in the same sentence and talked about “riots’ being a disaster, would this then require an act of Congress then to rule on what is a disaster?  This doesn’t look very intelligent.  Does Sebelius use a PHR?  Does the Surgeon General use “her” PHR that the government has?

But rest assured, to keep you totally distracted from the business side of all of this, the company created something to keep you busy so the acquisitions become less noticeable but give the overall corporation more power, play the game they created and thus what goes on behind closed doors on servers won’t create any additional stress.

Here’s a past post on the same efforts of Humana, again dumb down efforts once more.

I don’t know about you but as an intelligent person who used to code, this is an extreme insult and the marketing and brainwashing is scary and this is a fleece of intelligence.  This is part of the math and algorithms being sold and used to brainwash and control consumers that has impacted the movement on Wall Street.  Would you see a million dollar broker playing these games, heck no.

I have been blogging about such for a few years now and if you use the link above you can dig in a lot further with others, university professors and doctors and more debunking the “dumbed down” marketing that is occurring and there’s a lot more out there but this is so flagrant.  Again, software developers are in it for the bucks to make money and have no interest what so ever in using it themselves, true gamers will play “real” games for recreation.

The time is here to get real and see marketing for what it is and ask questions and don’t believe all the statistics and math presented to you.  With some of the really digital illiterate use of analytics one example of a Governor who would use

such games could be in Arizona:)  I use her as an example because she was so much in the news with her decisions, but I could be fooled too as like many consumers who are working like crazy today, she may not have the time for this either.

In closing here, why not do a promotion of Boehner playing the game <grin>.  They are all consumers too last I looked, right?  Brainwashing marketing is on steroids today with marketing and selling “its for those guys over there” for sure.  No

wonder Boehner cries all the time but he could do more to help himself too with knowledge and coming out of the 70s. Heck these folks are totally out of touch on what IT infrastructure costs today, so they don’t do much and are pretty much oblivious to the movement.  This is again part of the sanity that the protesters on Wall Street object to and it’s all the math and algorithms out there as such keeping the pot stirred with distorting reality.

Again when I listen to the news and hear members of Congress talking about “secret sauce” relative to Google and hear the term “circuit breakers” used in the financial news, I just shudder.

Algorithms and their abuse is what has rearranged the money in this country and the world so if we can get everyone on the “real” track and stop the First Grade language translations used, we would all benefit, including lawmakers.  BD