This is very sad as she is not 18 years old and imagine if she could have had that bone marrow transplant 4 years ago!  This is why the the Occupy movements are there with corporate greed alive and well.  This is a big ethics problem by all means. 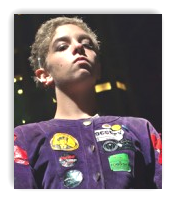 ALGORITHM SAYS YOU HAVE A PRE-EXISTING CONDITION

She at least has care from the San Francisco Hospital who monitor and give her pain pills.  You may get tired of that word, but I’m here to drill it into your head as to how these decisions are made.  I have written 3 posts about the Killer Algorithms and here’s one that is currently killing a person.  I really didn’t mean it to actually be killing but rather denying care, but I guess you can wrap the two together and that is what you have.  At 14 years old this is sad as now she is 18 and considered an adult.

Here’s an example of a state governor who is so digitally illiterate that she let people die who needed organ transplants. This is cold and you know what goes around someday comes around I think.  You have to know how to work with reports and analytics and use them wisely and we don’t seem to see this at all. We have some horrible folks out there who completely lack ethics and the smarts to do anything about doing a better job too.  No that I expect elected officials to be the great while hope but we have today is pathetic and this is how they get grouped as cold and greedy when making decisions as such.  BD

As Miran Istina puts it, she has been living on borrowed time since she was 14. Diagnosed with cancer, she was given just months to live after her health insurer refused to provide her with life-saving surgery.

Now 18, Istina, from the city of Sisters in Oregon, has spent the past three weeks living in a tent at the Occupy San Francisco protest and says she will stay there indefinitely, despite her illness.

She was inspired to take part in the protest by the refusal of her insurance company to pay for treatment for her chronic myelogenous leukaemia.

Treatment would require a bone marrow transplant and extensive radiation therapy and chemotherapy, at a cost of several hundreds of thousands of dollars. Coming from an ordinary middle-class background, her family has no way of paying for the surgery that would save her life.

Following her insurer’s refusal, she spent three years travelling the US looking for a healthcare provider who would give her a chance at life.

Health professionals from the San Francisco General Hospital are providing round-the-clock care for Istina, who needs strong pain killers and constant monitoring of her condition. Earlier in the month she suffered a kidney malfunction which required urgent hospital treatment.