The lens of the recalled contacts have a presence of residue and that is the reason for the recall.  The web page has an area to where you can enter your lot number

to see if you have one of the recalled sets.  8 million lenses are being recalled but only 600,00 were sold in the US.  BD

WASHINGTON — One of the nation’s largest eye care companies is stepping up efforts to publicize its recall of more than a half-million contact lenses after coming under pressure from federal health regulators.

CooperVision issued its second announcement in two months about the recall of 600,000 Avaira Toric contact lenses linked to pain, red eye and blurred vision by wearers. The company first announced the recall Aug. 19 and said it had focused its efforts on more than 7,000 eye care professionals who sell the lenses.

The FDA generally negotiates the terms of product recalls with companies, though the agency cannot order a company to recall a product or dictate the terms of the plan. Earlier this year the FDA gained the power to order recalls of unsafe food as part of a federal overhaul of the U.S. food safety system. Consumer advocates and some lawmakers have long supported giving FDA the same power to order recalls of drugs and medical products, though efforts have never passed Congress. 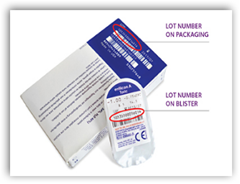 CooperVision said it “has fully cooperated with the FDA and continues to closely monitor the situation.” Reports of hazy vision and discomfort have continued since the company first announced the recall. More than 8 million lenses are affected by the problems, according to the FDA, though only 600,000 made it onto the U.S. market.