This is good as with recent activities, how hard is it for a patient to get a prescription filled.  The doctors have probably had it like the rest of us that watch this circus between state and federal laws on the legality.  If you read in the news about all the dispensaries being closed, what a headache, either rule one way or the other and sure quantities of the drug are for consideration too. 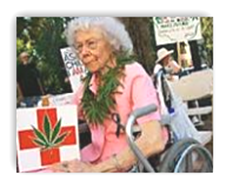 Last week a farmer in Fresno who grows medical marijuana was killed at gun point when he was robbed for the plants, give me a break.  Would this be happening with a good solid law that spells out some provisions?  Nobody can even seem to at least meet half way on this and I wonder if outside countries looking in think we might not be very smart.

By comparison, the “non participants” in consumer IT or also known as the digital illiterates sure find plenty of time for their “DEFAULT’ topic which just drive everyone nuts as a total waste of time when more pressing item are on the agenda.  That’s why Congress looks so bad, they can’t make laws relative to technologies they don’t even participate in, staff can only do so much for you.  BD

The state's largest doctor group is calling for legalization of marijuana, even as it pronounces cannabis to be of questionable medical value.
Trustees of the California Medical Assn., which represents more than 35,000 physicians statewide, adopted the position at their annual meeting in Anaheim late Friday. It is the first major medical association in the nation to urge legalization of the drug, according to a group spokeswoman, who said the larger membership was notified Saturday.
Dr. Donald Lyman, the Sacramento physician who wrote the group's new policy, attributed the shift to growing frustration over California's medical marijuana law, which permits cannabis use with a doctor's recommendation. That, he said, has created an untenable situation for physicians: deciding whether to give patients a substance that is illegal under federal law.

The group acknowledges some health risk associated with marijuana use and proposes that it be regulated along the lines of alcohol and tobacco. But it says the consequences of criminalization outweigh the hazards.

Across the country, physicians have called for more cannabis-related research. The CMA's parent organization, the American Medical Assn., has said the federal government should consider easing research restrictions.