He won’t be using “chickens” to pay for his care you can bet as he was caught somewhat out of context not too long ago, but again this brings to the attention of the stress and working as a lawmaker and fighting cancer at the same time.  The post below also kind of shows a little bit of maybe being out of control when 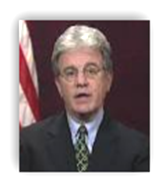 emotions run high so again when having cancer and fighting back, that can happen to any of us.  There’s no discussion here on the PSA testing for sure that rambles through the news today, just more of the rhetoric we are all subject to with some bad science and crappy study algorithms.

The senator is also a doctor himself so he will know who and where he will get the best care, something that as consumers today we don’t always know.  He is expected to make a full recovery and return later this month.  You know with the bass ackwards ways our lawmaking works today, they can’t move an inch as they keep trying old methodologies that just done work.  We won’t see anything change until they understand they need technology to help sort things for them and again being sick at the same time does not help.  Why don’t they get this?

I hope he has a good recovery and perhaps this will ring in to all members of Congress that real healthcare reform is needed and the current system of insurer algorithms only to cut cost are not the complete answer, but that’s all we see with mathematical deception today at an all time high.  BD

Sen. Tom Coburn (R., Okla.), one of the Senate’s most colorful conservatives, has prostate cancer that will take him away from his duties for a while. But he is likely to overcome it completely, his office said Tuesday.

“Dr. Coburn underwent a procedure this week to treat an early-stage incidence of prostate cancer,” said spokesman John Hart. “He is expected to make a full recovery and return to his full-time duties later this month.”

Mr. Coburn, a physician, is known for his willingness to hold up Senate business when he objects to spending measures. But unlike some of the more unwavering figures on either side, he has good relations with senators of both parties, and he’s struck up a friendship with President Barack Obama.