The process of of doing this though does not sound very inviting for sure.  So far the testing has been carried out on rats only but they say it should work for humans as well.  You need need to allow some brain cells to be extracted with a big needle going up your nose in order to secure the cells to harvest. 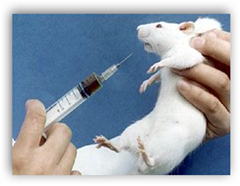 Again the idea of a needle going up your nose to poke around a bit doesn’t sound exciting at all.  After the cells are extracted and processed they are taught to produce insulin by using a human protein called Wnt3a.  The next step is to place them on thin sheets of collagen and place them on top of the rat’s pancreas and the study said within a week, the rats were cured.  They did a backwards test and removed the stem cells on the collagen and within a short amount of time, the rats were back to being diabetics.  This is an interesting study and I’m we will hear more on this one if it is fact becomes a real time available cure.  BD

Rats with both type 1 and type 2 diabetes have been completely cured of the disease, using neuronal stem cells that have been modified to produce insulin. This approach should work in humans, too, and all it involves is shoving a needle up your nose into your brain. Yay!

Stem cells are near-universally acknowledged to be the Next Big Thing in medicine, and the only reason that we haven't used them to cure every single disease already is that we can't all agree on a reasonable, ethical place to go get them from. But we've got stem cells all over the place in our own bodies, we just have to go and harvest them, which is easier said than done, but definitely not impossible.

Our brains, for example, are home to neural stem cells, which (with a little prodding) can transform themselves to perform all kinds of helpful tasks. One of these tasks is producing insulin, which researchers at the Institute of Advanced Industrial Science and Technology in Tsukuba Science City, Japan have shown can totally cure type 1 and type 2 diabetes, at least in rats.