Earlier this year this story was in the news about how the doctor saved a huge loss with insider information.  Well from what I have read he would have been 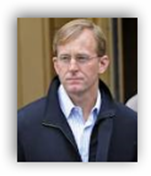 bankrupt as an alternative so what’s the better deal here, some money left after prison or being part of the Occupy movement?  When you look at it that way, crime pays doesn’t it?  Martha Stewart did her time and is back in business but again her crime was like minimal when you compare the cases, or at least I fell that way.

Hopefully the STOCK bill will go through as had this doctor been a member of Congress, all of this activity would have all probably been legal.  BD

NEW YORK — A Harvard-trained physician was sentenced Friday to five years in prison for evading $30 million in investment losses by obtaining inside information from a fellow doctor.

“I was not aware of the changes that were happening in me that blurred the line between right and wrong,” he said. “I allowed myself to slip into the world of relativism where the ends justified the means.”

Skowron admitted gaining an advantage in his work as a hedge fund analyst in 2007 and 2008 by using tips gained through meetings and conversations with a French doctor who knew inside information about clinical drug trials.

As part of his plea deal, Skowron has agreed to forfeit $5 million to the United States. The judge also ordered him to pay restitution of $5.96 million.