The hospital was facing closure due to debt, and that sounds a lot like many hospitals in the US for that matter.  It sounds like it was either outsource the 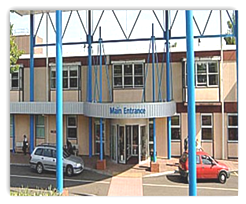 management or close it down from reading this article.  This is the first NHS hospital to be run by a private company.  Circle, the company taking over though will be responsible for clearing up the 39M (UK) debt and increase the income.  This more than likely will command changes and job cuts if it’s anything like what happens in the US.

There are 20 more Trusts that also are not considered financially stable.  Hinchingbrooke Hospital will continue with the same NHS services and care will still be free. Circle already has a stake in the UK with surgery units.  All are not convinced that this was the only way to keep the hospital open and some thought a new management team could have been found in a different way.  The contract runs for 10 years so time will tell if this works or doesn’t work.

A failing NHS hospital has been handed to a private company for the first time in history. Ministers yesterday insisted that debt-ridden Hinchingbrooke Hospital in Cambridgeshire was facing closure without the management takeover by Circle Healthcare, in a ground-breaking deal that could become a model for saving other cash-strapped NHS hospitals.

From February, Circle Healthcare, which is run by a former Goldman Sachs banker and partly listed on the stock market, will have full control of hiring and firing staff under a ten-year contract.

Circle will not get any extra funding but will have to clear the hospital's £39million debt. Its profits will come from cutting costs and increasing the hospital's income from the NHS by treating more patients.

The move sparked furious accusations from Labour and the unions that the deal was privatising the NHS and putting jobs and health services in jeopardy. Under the new deal, if it continues to lose money Circle is responsible for the first £5million and its contract can be terminated.

NHS employees will have a 49.9 per cent stake in Circle, in a John Lewis-style partnership profit-sharing scheme, and will also be able to win free shares in the company according to performance and seniority.