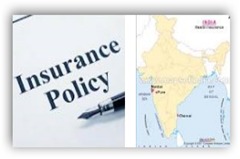 more hassles with claims and payments.  What makes this interesting too is the partner chosen, TTK Group which sells cookers among other things.  Well once you start dealing with all the red tape, you will feel like you are in a cooker for sure, ask consumers from the US about their thoughts on this.  India already has issues with Roadside doctors who help the poor who can’t afford private care, so again going for the buck.

TTK according to this article also has another division that sells insurance and it sounds like this is going to make the retail rounds for availability on this pilot partnership.  Humana is watching here and appears to have an interest in the market as well.  So sorry that our broken corporate companies that work on profit only are spreading elsewhere as it is not a good business plan and just wait until all the contract negotiations begin and you may never know for sure what doctors and facilities are covered if you live in India.  Here’s a sample of what you may have to look forward to that is hitting many in the US after the first of the year, the contract issues as mentioned.  BD

MUMBAI, India — Cigna, the health insurance company, will enter the fast-growing Indian market in a joint venture with a consumer goods company best known for its pressure cookers and other appliances, executives said.

The joint venture, which the companies expected to announce on Monday, comes as Indian policy makers are trying to increase the use of health insurance in the country. About 15 percent of Indians have some form of health insurance, according to industry estimates, far less than other large developing nations, like China, where about 90 percent of the population has at least basic health coverage.

Cigna’s venture will be set up in partnership with the TTK Group, which is best known in India for its popular Prestige brand of cookers but which also administers insurance policies and makes drugs and medical devices.

Bill Atwell, president of Cigna International, said Indians pay out of pocket for 64 percent of health care expenses, which suggests to Cigna that there is a huge untapped market for insurance. He said the company’s partnership with TTK would help it sell personal insurance products directly to consumers, rather than through agents or employers.

The company plans to sell policies at 1,500 TTK retail stores, on the telephone, over the Internet and through other partners like banks. Cigna is not alone in looking at the Indian market. Raja Rajamannar, chief innovation and marketing officer at Humana, based in Louisville, Ky., said in a recent interview in Mumbai that his company is thinking about coming to India. Munich Re, the German insurer, and Bupa, a British firm, already sell health insurance here through joint ventures.