This is a healthcare soap opera if you have ever heard one.  I guess living here I’m 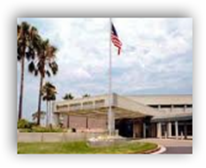 probably a little closer to this and have friends who work for IHHI and it is a mess and a Ponzi scheme.  Here we go back to 2009 where Capital Holdings was closed and the hospitals didn’t know if they were going to stay afloat or not.  There’ still no final word from the SEC so I guess a good thing here that FINRA stepped.

They had to take bids on the mortgage…

But it gets worse than that…we had pornography and big expensive yacht in here too…IHHI’s Mogel and MCH’s Lampariello took an interest in securing a $5 million loan for a company called EMark Advertising Inc., which specializes in pornographic website advertising and of which MCH holds a 50 percent ownership interest. In depositions attached to IHHI’s lawsuit against a group of doctors and IHHI shareholders called Orange County Physicians Investment Network (OCPIN).  Mogel had his own personal issues with planting a gun and trying to frame another

individual too while he was there.

OCPIN’s lawsuit against IHHI alleged that “Mogel used $10,000 of IHHI’s funds to arrange and pay for the black gloves and gun to be planted in Dr. Fitzgibbons’ vehicle, leading to his arrest.”

In April of last year the hospital mogul that doctors went on strike to remove due to his work ethics and and treatment of doctors came back into control, and there were not many happy over this man coming back but it happened but he had money and came back in.  BD

) has sanctioned  eight firms and 10 individuals, and ordered restitution totaling more than $3.2 million, for selling interests in private placement offerings without having a reasonable basis for recommending the securities.

From 2001 through 2009, Medical Capital Holdings, a medical receivables financing company based in Anaheim, CA, raised approximately $2.2 billion from over 20,000 investors through nine private placement offerings of promissory notes.

Medical Capital made interest and principal payments on its promissory notes until July 2008, when it began experiencing liquidity problems and stopped making payments on notes sold in two of its earlier offerings. Nevertheless, Medical Capital proceeded with its last offering, Medical Provider Funding Corporation VI, offered through an August 2008 private placement memorandum.

In July 2009, the SEC filed a civil injunctive action in federal district court in which it sought, and was granted, a preliminary injunction to stop all Medical Capital sales. The court appointed a receiver to gather and conduct an inventory of Medical Capital's remaining assets. The SEC action is pending.

Garden State Securities, Inc. of Red Bank, NJ, and Kevin John DeRosa, a co-owner of the firm, were ordered to pay $300,000 in restitution on a joint-and-several basis to affected customers in connection with the sale of a Medical Capital private placement. DeRosa was also suspended for 20 business days in any capacity and for an additional two months in any principal capacity, and fined $25,000. Vincent Michael Bruno, the firm's Chief Compliance Officer at the time, was suspended for one month in a principal capacity and fined $10,000.

Capital Financial Services of Minot, ND, was ordered to pay $200,000 in restitution to affected customers, and Brian W. Boppre, a former principal, was suspended in any principal capacity for six months and fined $10,000 in connection with the sale of three Provident Royalties private placements and a Medical Capital private placement.

National Securities Corporation of Seattle, WA, was ordered to pay $175,000 in restitution to affected customers, and Matthew G. Portes, Director of Alternative Investments/Director of Syndications, was suspended in any principal capacity for six months and fined $10,000 in connection with the sale of three Provident Royalties private placements and a Medical Capital private placement.

Newbridge Securities Corporation of Fort Lauderdale, FL, was fined $25,000; Robin Fran Bush, the former Chief Compliance Officer of Newbridge, was suspended in any principal capacity for six months and fined $15,000 in connection with the sale of four DBSI private placements and a Medical Capital private placement.