Home » Insurance » Medically Related » My Commentaries » Other Items of Interest » Wellness Programs Biting Consumers in the Butt As Many Parameters are Either Too Hard to Attain or Difficult to Understand, Thus Many Tune Out-Feel They Are Screwed Anyway With “Discrimination Done by the Algorithm”

Wellness Programs Biting Consumers in the Butt As Many Parameters are Either Too Hard to Attain or Difficult to Understand, Thus Many Tune Out-Feel They Are Screwed Anyway With “Discrimination Done by the Algorithm”

Wellness started out to be a good thing, but here we have our old friend the Marketer just wreaking havoc with presentation with employees.  In addition, many wellness programs are owned by insurance companies.  We all know we live in the age of data and analytics and do the various division share data?  Here’s a couple past posts from the Quack in my archives I searched out. 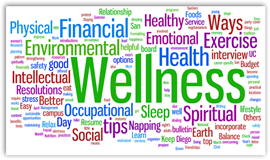 We don’t know for sure but heck we read tons of these announcements with various companies sharing data so only the algorithms know for sure what is being share and analyzed.  The last line here in this article says some companies limit short term disability for those employees with chronic conditions…yup you are screwed there as how many of us have what is called a “chronic condition” at least half of us as it doesn’t take much anymore with coding etc. to fall into that category.

The algorithms run, pick up that bit of data and bingo, you are limited.  It’s all about those algos running on servers 24/7 that make these decisions.

Nobody seems to value the consumer time we have today and thinks that we have nothing better to do than learn tons and tons of new software systems but there are some that are working to make it easy to “dumb down” and get your information with games…insults my intelligence and glad I don’t have to “dumb down” in this fashion.

Actually I made a post not too long ago about these insurers games…would you see Ben Bernanke “dumb down” to do this?  Of course not but the marketers want to suck you in and keep you bliss and oblivious.  Heck the developers writing this stuff just want to become millionaires and if you were to ask most of them they wouldn’t use their own software as it’s a job and they want to get rich:)  That’s the problem with all of this is that it is always “for those guys over there”…folks at the top can’t stoop to this level but “let’s see who we can market and drag in here":)

Actually I borrowed the phrase “dumb down” from an executive at Homeland Security as he says too that’s what is going on.

Not every employer is playing this game though, thank goodness but some are and interestingly enough, when it comes to the analytics used by employers wouldn’t you just know it’s another subsidiary of an insurance company there ready to sell them some additional software so we go back in a little different fashion here once again to the “Attack of the Killer Algorithms”. This is all about math and algorithms and the parameters your little body has to meet when stuffed constantly into data tables…my fanny hurts from being stuffed and bit so many times with all these algorithms and their parameters <grin>.

In the meantime though we also have this “silly” situation with HHS running a Facebook contest…what the heck?  This is what you get today when you have figure heads without any Health IT hands on background, they don’t which end is up ether but can be controlled very easily by those who do and those who do code as they market our government executives and they think they are doing a good thing and later it will come back as chewing on their butts too.  Who sold this bill of goods to HHS?  Next thing we will have an act of Congress to determine what a disaster is…is a riot a disaster?  If so, I would not recommend a Facebook application there by all means, remember the UK?  <grin>.

Somebody around the internet has to make this statement so I guess it’s me with looking at reality and trying to maintain some sanity with all the marketing and misuse of data today.  You have to give people REALISTIC goals and the digital illiterates that work with numbers all day are not capable of doing this, why?  It’s not for

them, “it’s for those guys over there” and they never put themselves in someone else's shoes and just drive to make a million.  You can read more of this on my 4 posts about the “Attack of the Killer Algorithms” at the links below, see what you think, as these algos with parameters too high and the digital illiterates that think we can somehow have all the time to do all of this are out of their minds.

We would love to work with incentives that are created by people and companies that are realistic and not just there to drive consumers nuts just for corporate profits…Occupy Wall Street initiative here and I sure wish some members of the press would educate themselves too and stop the articles about not knowing why they are there.  The series I wrote will answer a lot of questions below and shoot even some of the Occupy folks might want to read too as they may not get it all, but they do know things are not right and are following a lot of gut feelings and expressing their thoughts on “Discrimination by the Algorithms ”.  BD

Also check out what Wendell Potter has to say too, he worked in the industry for years so if what I have said doesn’t make sense, read what he wrote today…

Maybe you’re not aiming to live to 150 like Chris Traeger, the health nut

city manager played by Rob Lowe on NBC’s Parks & Recreation, but if your employer offers a wellness program at work there’s good reason to pay attention. In an attempt to get employees to sign up and live healthier, more employers are imposing financial penalties on employees who say “No thanks.” It’s just another thing to worry about during open enrollment season (usually November) when employees choose workplace benefits for the upcoming calendar year.

The use of wellness penalties by employers more than doubled from 2009 to 2011, rising from 8% to 19% of employers, and is expected to double again by 2012, when 38% of employers expect to have penalties in place, according to Towers Watson’s 2011/2012 Staying@Work Report. Why are employers socking it to employees? They’re desperate for ways to reduce health care costs, and they’ve found that financial incentives go only so far in motivating employees. “When it’s a penalty, it increases changes to people’s behavior,” Wolff says. “People hate to lose more than they like to gain.” (The report is based on a survey of 335 mid- to large-employers in the U.S. and Canada with a total of 7.8 million employees.)