Say What?  This was an interesting survey and if you read the entire context of the survey there’s a lot of good points made here about the public’s perception and of course all the recent security breaches we have in the news do not do much to gain more favor with consumers.  As the article points out, one can pick up a stack of files and charts and walk out the door with paper charts as well. 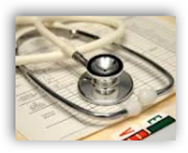 Practice Fusion, who offers free medical records to physicians and is growing quickly did the survey.  The survey indicated that those in an age group of 50 and over were more likely to feel that paper records were more secure and also less distracting.  They could have a point on the distraction level though.   The survey also somewhat pokes at the fact that many consumers may not also be aware of the government push for electronic medical records.  The PHR is the bridge that fills the gaps with the patient having a copy of their records but those efforts have been slow to catch on.  I even a part of this blog with over 500 posts dedicated to PHRs too and promote them actively too. We all know the electronic chart is the future of healthcare but again this was an interesting view on how consumers as a whole, other than the folks who are technically advanced, see the electronic versus paper charts.  BD

There's a bit of a gap between patients and doctors when it comes to electronic health records (EHRs). A new survey indicates that, by a slight margin, the majority of doctors think EHRs are safer than paper records. But more than half of all patients prefer paper. A closer look at the data can help explain the difference of opinion.

The recent omnibus survey by EHR vendor Practice Fusion was conducted by GfK Roper OmniTel. More than 1,000 patients were phone surveyed between Oct. 21 and 23, as were 1,220 medical professionals who were polled online with the same questions on Oct. 28

Of the physicians surveyed, 54% said they thought EHRs were safer. Only 18% selected paper as the more secure option. The remainder didn't answer or didn't know.

As for the patients surveyed, 47% said paper records are safer, with 39% saying digital records are more secure. The rest were unsure.

So, I think consumers are likely more "pure" in their responses. The answers from patients seem to reflect: 1) they're probably not all that aware of the push for U.S. healthcare providers to give up paper; 2) they haven't given too much thought about why digital records could be better than paper; and 3) they're probably a bit spooked about the possibility of having their own digital medical records hacked, lost, or snooped.

Of that same group of patients favoring paper, 87.2% said they think paper is more private and allows more control over who sees the records. Also of that same group, 86% said they think paper is more secure because it's less likely to be hacked or lost. Finally, nearly 65% of those paper-loving patients just prefer the tradition of paper over digital records and see no reason to change systems.

Fears about digitized health records aside, I think the patients' feelings about paper medical records seem to reflect two larger themes, one about U.S. culture and the other about human nature: Americans like tradition and people don't like change.