studying, but the DEA is involved here as the drugs can become addictive as they give a feeling of being high if abused and crunched and snorted, kind of like cocaine in essence.  The number of ADD drugs prescribed has risen dramatically.  On college campuses the drugs can go for $5 to $10 a pop.

As quotas from the DEA come in to play, this is where the generics are exhausted first and then the name brands, which are are lot more expensive remain available.  The FDA states the DEA is too strict with the quotas and asks the question as to why are the shortages created, to increase pharmaceutical profits?  The DEA comes back and says there’s plenty available, but that may not include price issues.  Prescribing and supply are not being met. 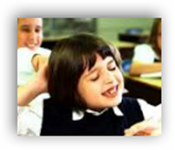 Adderall and Ritalin come to mind as the most popular ADD drugs and this shortage is a bit circumstantial I would say as there seems to be more behind the scenes that meets the eyes, but long and short of it is there is a shortage and doctors can’t always switch patients between products easily.   This is a much different story than the shortages on other drugs and seems some collaboration and coordination might work to get more generics available for patients, give them bigger quotas is what first pops into mind which the DEA did in December but we don’t know how much so in the meantime the shortages of Adderall for both students and children, as well as seniors may still continue.  One other benefit touted is that some patients lose weight with Adderall too.  BD

Medicines to treat attention deficit hyperactivity disorder are in such short supply that hundreds of patients complain daily to the Food and Drug Administration that they are unable to find a pharmacy with enough pills to fill their prescriptions.

The shortages are a result of a troubled partnership between drug manufacturers and the Drug Enforcement Administration, with companies trying to maximize their profits and drug enforcement agents trying to minimize abuse by people, many of them college students, who use the medications to get high or to stay up all night.

Caught in between are millions of children and adults who rely on the pills to help them stay focused and calm. Shortages, particularly of cheaper generics, have become so endemic that some patients say they worry almost constantly about availability.

Novartis, for instance, makes both branded and generic versions of Ritalin; Shire Pharmaceuticals does the same for Adderall XR. In both cases, the companies have ensured that supplies of branded drugs are adequate while allowing generic versions to go wanting.

Ms. Whitton said she had recently gone to more than a dozen pharmacies in Westport and New York City before finding one that would partially fill Ritalin prescriptions for her and her 18-year-old son, who also has the disorder.

Shortages of amphetamine-based drugs like Adderall became so endemic that many doctors switched patients to methylphenidate-based drugs like Ritalin, creating shortages among those medicines as well, according to the F.D.A.