The bill in the legislature will force insurance companies to cover oral cancer chemotherapy instead of making patients take a trip to the hospital for each treatment.  This is especially important with breast cancer as patients can take the medication in the privacy of their own home.  This would allow for patients to spend more time with family. 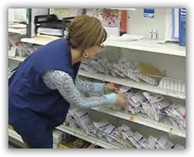 Patients with good insurance are not covered either as the policies are not covering and they are paying out of pocket.  It’s about time to catch up with the times and science and offer quality of life.  Bi-partisan support has been given in the Legislature.  The costs for oral chemo can add up to $10,000 a month, that is huge.  Good more and insurance companies should cover this but the insurers are saying they would rather wait to see the impact of healthcare reform as this would increase premium cost…what?  Time for some new forward thinking here instead of better access I think.  BD

SACRAMENTO, Calif. (KGO) -- Some cancer patients, even those with good insurance, are paying thousands of dollars a month for treatment because they're taking pills to fight their disease, instead of regular chemo. And some lawmakers in Sacramento say it's time to change that.

The American Cancer Society says cancer is the second-leading cause of death in California. There's a push for better access to treatment, by including oral chemo, in health plans.

Perea says expanding such access would especially benefit women greatly because a number of anti-cancer pills are used for treating breast cancer. In all, more than three dozen medications have FDA approval for different types of cancer. The Central Valley Democrat just wants insurance companies to catch up with science.

Opponents still put up a fight. Without knowing how much the federal health care reform will effect medical costs, critics say they would rather wait.