Everyone needs to watch this video and you will see both pros and cons and the pro folks are promoting as the algorithms used to mine this data brings in additional revenue and sells algo services.  How much information “do we really need”?  Those selling this business will tell you that you can never have enough.  Those on the other side will tell you it’s an invasion of your privacy and you know what, that side has more going for it by far with reality.

If you listen to the attorney here she makes good points that there are folks not paying bills for a reason, divorce is one that comes to mind.  You have to realize that all of the information they mine via public information may not be accurate.  I have written about this before and the “flawed data” that is out there.  One state has all but barred CoreLogic due to the fact that their bots were slowing down the servers and they and other mining companies were not paying for quarterly updates, so when you as a consumer do get a record rectified, you can’t get rid of any blemishes.

Watch the video here and learn about how much digging they are going to do.

Aggregated information contains flaws…this is the problem.  Score would not agree to go on camera the video states.  Again I said I do hope our new Consumer Financial Czar knows about math and the Attack of the Killer Algorithms.  What a big part of the problem is that that cookie cutter employees are told to use what is on their computer screen for their decision making processes and if it is flawed…well you get that picture.  Right now due to the overload put on servers and the Wild

West effect of unproven algorithms here…it’s time to license and tax those folks like CoreLogic who make huge profits from mining free taxpayer data, give something back.  Why should data mining companies be allowed to make billions, tie up governments servers to where states have to install software to block their bots and then dump a load of flawed data on consumers?

Those algorithms have teeth and watch the video below as Kevin Slavin tells you how it all works with rogue algorithms that go out of control and lead to things like flash crashes.  I used to write code and I know what folks are capable of with mismatching data for profit and it hurts the consumer.  We need some data sources to check but not to this level as it is going to make everyone mad and crazy as the flawed data will flow and the middle class will become nothing but data chasers fixing everything corporate USA has loaded in the data. 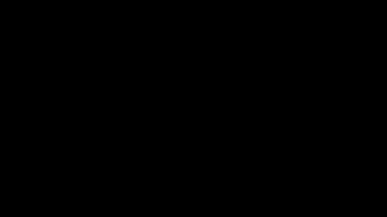 Kevin Slavin–Algorithms A Must See

Just wait until this kicks in, CoreLogic has formed a partnership with FICO who is already in the process of selling algorithms with mismatched data which connects public information about you and combines it with your credit score to tell if you as a medical patient will take your prescriptions.

Somebody needs to start calling some of these folks on “mis matched data” the discriminates as now we have “Discrimination by the Algorithm” and it’s showing in more places all the time.  Last time I wrote about the FICO mismatched data it all ended up over at the Daily Kos via another publisher as an awareness.  As far as I am concerned the FIOC Medication

Adherence Scoring is nothing but mismatched data analytics created to sell software and is the work of some “underground” think tanks on how to generate more money and profits.  You can find my comments too on the Daily Kos on this as another author included them in her column who was in total agreement.  Do you know how common flaws are?  Look at this link and see about the 31k that are “living” but Social Security says they are dead.

Also give a listen here to NYU Professor Siefe as he tells you how the numbers are spun and marketed and how naïve and gullible we are.  He’s a mathematician and makes sense and get his book, Proofiness, the Dark Side of Mathematical Deception” too.  After watching the video I think the folks promoting this service are pretty gullible and naïve too and have never written a stick of code or SQL query and they just gob on to make money and the consumers get hurt.

This mis use of data and selling it all over is starting to turn normally peaceful folks into those who are not so peaceful.  In healthcare they just put the doctors medical claim information out there for digital illiterates to work with and it is flawed to the hilt!  Why should Hedge Funds, Facebook and tons of others out there be able to make billions with free data and cause extra expense to the States for slowing down their servers and have the state

governments put blocking software in place to stop the bots?  Do read Part 7 here as I cover a ton of flawed data situations that are out there to include a nice interview with the AMA on all the dead doctors I found out there:)  That firm HealthGrades merged with a PR company I guess to help them market some of the flawed data and dead doctors?  You figure that one out….

The link below has parts 1-7 on the Attack of the Killer Algorithms series and again some of my wishes that Richard Cordray understands math and algorithms or we are completely sunk as the middle class if not.

This risk assessment scoring is not just limited t consumers…see what a bank is doing to small businesses in Wisconsin and even stating that a “church” is not showing enough profit!  This will make your hair stand on end and again we need learn to work with flawed data and honor consumer privacy and license and tax the data sellers.

If you have not had enough yet, companies like this are now coming to the rescue of the consumer for shopping for insurance…total lack of respect with the name with providing services for consumers….  InsureMonkey….It may be a new way of selling insurance and pricing with focus on just pricing but do we have to be called “monkeys” now…with current economic conditions the name is not very cute right now.

Are we all just monkeys now and are insurers going to just eat up the additional flawed data and require consumers to prove their innocence? …There’s a lot more out there than you think and again we will be chasing and fixing flawed data forever as well as reaching a new level of discrimination against the middle class.  BD

All of this information helps the company look deeper into payment histories, and most of it is available through the public records system.

CoreLogic says the idea is to supplement what the major credit bureaus find. Experian, Equifax and TransUnion only search public records for bankruptcy, tax liens and judgments.

The added information has the potential to hurt consumers with previously undetected blemishes.

Not everyone is comfortable with the extra information being shared. Attorney Chi Chi Wu with the National Consumer Law Center says there is often more to the story than numbers on a screen.

With even more personal information being shared, experts agree, consumers should check for errors that may hurt loan possibilities.