Home » Medically Related » Other Items of Interest » Technology » Dr. Eric Lander Director of the Broad Institute–There’s Power in Those Numbers And Algorithms For Cures and More–Video

Dr. Eric Lander Director of the Broad Institute–There’s Power in Those Numbers And Algorithms For Cures and More–Video

This is a very good interview and well worth watching.  If you read the Quack often enough you know I like to talk about those who know math and for good reason.  We are in a world today where math and computer formulas are both unlocking doors and also creating a world of havoc with discrimination, but for this post we are going to focus on the positive side of things and take a break from the “Attack of the Killer Algorithms” when used and interpreted by corporations and the digital illiterates. 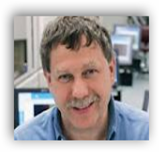 Dr. Eric Lander has a couple of real neat things going here, first of all his talent and love for math and secondly his “curiosity” as nothing happens in the world today if you can’t perk that interest in a person and I know that for a fact as I am very curious in nature as well and guess what, I learn a lot, but nowhere near the levels of the doctor.  He knows how to combine math with labs, business and so on and with using common sense, and we need more of that.  One more big talent of his, he collaborates, and again today that is hard to find as well as covering many areas of technology, medicine and science.  Can he sell, you bet as look what he received for the Broad Institute from Eli and Edythe Broad.  This was a good thing as their donations have made the institute what it is today.

“Half the place is devoted to finding the basis of disease and half is devoted to trying to transform and accelerate the development of therapeutics,” Dr. Lander said. “It’s different from what you find in many university settings where you have many labs, each of whom does its own thing.”

He is also co-chairman of the President’s Council of Advisors on Science and Technology that deals with vaccines, HIT, and science education.  He’s a busy person.  Data use can make us smarter today and is the key to finding cures.  A couple years back I interviewed the Chief Science Officer of Helicos, Dr. Patrice Milos, and she was a great interview as well and was glad to talk outside the clinical arena and we talked a bit of math and algorithms and their products were and are used at MIT and at the Broad Institute for sequencing.

This is going to be the year anyway to where the focus will be on fixing flawed math and data too in almost every aspect around us. Thank goodness we have “good mathematicians” around like Eric Lander who know the difference and work on the “good” side for cures.

Now if you want to venture over to the other side, listen to another great mathematician who talks about how marketing and spinning numbers can be used deceptively as well.  Dr. Siefe from NYU reads here.

When done correctly though in a learning institute without the marketing and bending of algorithms though in a pure educational atmosphere, we do get smarter and this again is really a nice interview and talks about the power of math and how it finds cures and is here to stay.  Not convinced yet, a related video below on how the math and algorithms affect our lives.  BD 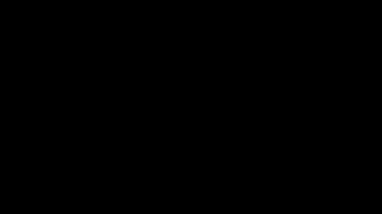 CAMBRIDGE, Mass. — His Ph.D. is in pure mathematics, in a subfield so esoteric and specialized that even if someone gets a great result, it can be appreciated by only a few dozen people in the entire world. But he left that world behind and, with no formal training, entered another: the world of molecular biology, medicine and genomics.

As founding director of the Broad Institute of Harvard and M.I.T., he heads a biology empire and raises money from billionaires. He also teaches freshman biology (a course he never took) at M.I.T., advises President Obama on science and runs a lab.

Eric Lander — as a friend, Prof. David Botstein of Princeton, put it — knows how to spot and seize an opportunity when one arises. And he has another quality, says his high school friend Paul Zeitz: bravery combined with optimism.

His appetite for biology whetted, he began hanging around a fruit-fly genetics lab at Harvard. A few years later, he talked the business school into giving him a leave of absence.

He told Harvard he would go to M.I.T., probably to learn about artificial intelligence. Instead, he ended up spending his time in Robert Horvitz’s worm genetics lab. And that led to the spark that changed his life.

He combined his mathematics and the biology and chemistry he’d learned hanging out in labs. And he added insights about industrial organization, achieved in his business school days, to streamline the effort and control costs.