The article states that insurers may get a free walk this year but the organization has been started and carriers a .org address.  This is not to replace doctor and patient decisions it states, but what type of influence it will have remains to be 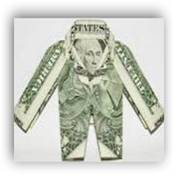 seen.  This is not a big charge for insurers to pay at a $1 per head but you can completely understand why the insurers will gladly pay as they get more data.

I just really wonder if this research entity is already outdated as it was created with healthcare reform and in 2 years things have changed a lot and insurers do their own analytics at a much greater cost so for a one buck they can get even more data based on research that is supposed to offer guidelines.  This is an effort to make evidence available for all, but again insurers will combine the data with algorithms to create even more risk savvy parameters for patients to meet when it comes to who they can see and where they go.  One buck is a cheap price for such information.  Also there are rules whereby HHS can only go so far with the data offered as well.

I don’t know about you but I see this again as a waste and already dated, good when reform was created but little use to day other than to give insurers more data to work with for greater profits as they have evolved in the last 2 years.  When we talk about contracts, look at all the folks who can’t go to Walgreens anymore who have Blue Cross/Wellpoint.

Walgreens Selling Health Insurance? The Question Still Rambles On and Which One Would They Sell First? United? Both Already Have a Number of Joint Collaborations

This provision and fee will just make it worse and a buck a head is not going to cover even one tenth of the cost as I read it here, so again this one is a loser.  The article builds it up to be “patient centric” but it is “health insurance centric” for sure, and the patient centric claims come from those who are digitally illiterate by all means and don’t get the data trails and use of analytics are they are used and written today.  BD

Starting in 2012, the government will charge a new fee to your health insurance plan for research to find out which drugs, medical procedures, tests and treatments work best. But what will Americans do with the answers?

The goal of the research, part of a little-known provision of President Barack Obama's health care law, is to answer such basic questions as whether that new prescription drug advertised on TV really works better than an old generic costing much less.

The Patient-Centered Outcomes Research Institute — a quasi-governmental agency created by Congress to carry out the research — has yet to commission a single head-to-head comparison, although its director is anxious to begin.  The institute's director, Dr. Joe Selby, said patients and doctors will make the decisions, not his organization.

"We are not a policy-making body; our role is to make the evidence available," said Selby, a primary care physician and medical researcher.  But insurance industry representatives say they expect to use the research and work with employers to fine-tune workplace health plans. Employees and family members could be steered to hospitals and doctors who follow the most effective treatment methods. Patients going elsewhere could face higher copayments, similar to added charges they now pay for "non-preferred" drugs on their insurance plans.

As a result, lawmakers hedged the new institute with caveats. It was set up as an independent nonprofit organization, with a .org Internet address instead of .gov. The government cannot dictate Selby's research agenda. And there are limitations on how the Health and Human Services department can use the research findings in decisions that affect Medicare and Medicaid.