Republicans with a roadblock to delay Sebelius as HHS Secretary

I have my own personal reservations, but not because of what the GOP has going on here, but rather related to the understanding of Business Intelligence and the levels this position will require and having some IT knowledge rather than just the old political stuff is needed in a position that is around 70% focused in this area.  To get better healthcare, we need someone in the know in this area and not just another person who has risk management as a background, as that is what tearing up healthcare, but there are some that don’t seem to get the picture on this yet.

Again, when I watched the testimonies in the Senate earlier this year, almost hands down in the committee, nobody knew what a PHR was and I 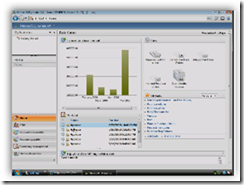 guess taking a few minutes out to visit the web ahead of time to just have a quick summary must have been out of the question?

So in essence, we have a question of not only her background and being qualified, but also the folks doing the voting.  Education is a huge problem in the US and it appears to have some top level implications too from what I am reading.  Can we finally put the abortion thing to rest and get on with more intelligent solutions?  The US has spent more time on that subject and opinions are not going to change and neither is the availability for women, so that topic tends to be nothing but a filibuster anymore to detract from the real issues of where we need to be. Can we please work at a country and elevate some of the “Smart People”, we are lucky and have many in the US and we need to have the right folks in the right positions.  BD

Republican lawmakers in the Senate have blocked a move to confirm Kansas Gov. Kathleen Sebelius as HHS secretary.
In a brief exchange on the Senate floor, Majority Leader Harry Reid (D-Nev.) pushed for a vote on the governor’s nomination today, but was rebuked by his Republican counterpart Mitch McConnell (R-Ky.).
McConnell said that members of his party needed more time to consider her nomination. It is not clear when a vote will take place. It is unlikely that the Senate will meet tomorrow.

The Senate Finance Committee on Tuesday voted 15-8 to move forward on Sebelius’ nomination to the nation’s top healthcare post. But Republican opposition could unsettle a tidy confirmation process.

U.S. Congress has an inadequate understanding Value of Health IT – HIMMS Opening Session