The Prosthetic Arm In Action

If you have not seen this video, well worth watching how the technology works, even to using a hammer.  BD

People who have lost an arm have not traditionally had much hope of ever regaining meaningful function. Prosthetic arms have been controlled in a rudimentary way, by transforming residual shoulder movements or muscle signals into the ­simplest movement commands. These artificial arms cannot do two things at once, much less three or four. Amputees often toss them in the closet out of sheer frustration, somewhat stung by the fact that leg amputees have far better products available to them. 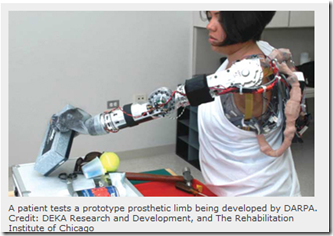 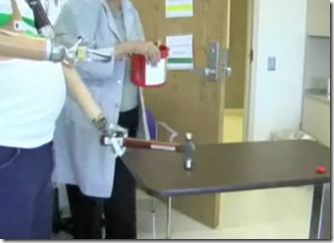 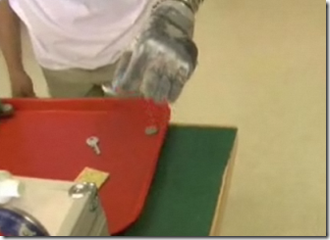 But the situation is starting to change, thanks to a team led by Todd Kuiken, director of the Rehabilitation Institute of Chicago's Center for Bionic Medicine. Kuiken has developed a novel surgical technique that, when paired with both motorized prosthetic arms already on the market and experimental bionic arms developed through a Defense Advanced Research Projects Agency (DARPA) program, affords amputees a remarkable degree of dexterity. Claudia Mitchell, who lost her arm in a motorcycle wreck in 2004, remembers putting on a prosthesis after undergoing Kuiken's procedure and seeing it work for the first time: "You could not wipe that grin off of my face. I can now iron a shirt again like nobody's business." Mitchell has become a hit at parties. "People can't believe how this thing works," she says. "They want to see me do things with it."