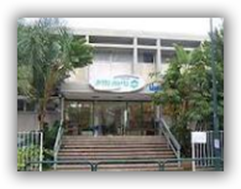 Sometimes it’s interesting to take a look at what’s happening in other countries relative to the rising cost of healthcare and when you read this it’s apparent that this is not only an US problem.  Granted Israel is a much smaller country but the problem are the same, money or lack of.  Just a couple months ago, doctors who work for the state received an order that they needed to punch a time clock.  How would that work in the US…I don’t think it would accomplish much here.

To go a little further here, the country also realizes that allowing private care and selling supplementary insurance contributed to the problem.  The country has 4 HMOs and all are required to join one of the four and there’s always the option to pay for private care.  Some of the same doctors working in the government facilities have referred patients to their private practice or those of other doctors.  The government pays $59% of the cost for the

Officials In Israel Blame Themselves for Allowing Private Care and the Selling Supplementary Insurance For Degrading Their Public Healthcare System In addition medical students and state doctors have ongoing protests and strikes to draw attention.  It sounds as if the HMOs could stand to see an influx of funding.  Technology is great but we still need the over all doctor-patient relationship.

Two of the largest HMOs filed their complaints 9 years ago questioning the lack of hospitalization not being included. The court will not be creating a formula, but rather told the state and the HMOs to settle it.  Does this sound a bit similar to what we have in the US?  I think so and the cost of healthcare is a global concern for all economies.  BD

The High Court of Justice handed down a major decision on health care funding Thursday. It took the state to task for inadequate government funding of the country's health maintenance organizations due to the formula through which it funds hospital stays by the HMOs' patients.

"The right of the citizens of the State of Israel to health [care], as shaped and enshrined in the state health insurance law, is slowly being emptied of content in light of the systematic erosion of the health maintenance organizations' budgets," Justice Salim Joubran stated, ruling on a petition filed by the Clalit and Maccabi HMOs.

The HMOs were challenging the mix of components the government has been using to calculate the cost of medical care. They said it did not accurately reflect the cost of hospitalization and, in the process, was eating away at their budgets.

Justice Joubran, who was joined in the ruling by Supreme Court President Asher Grunis and Justice Hanan Melcer, gave the state six months to come to an agreement on a new method of measuring medical costs. In the process, the state is expected to provide the HMOs with hundreds of millions of shekels in additional funding each year. If adjustments were to apply retroactively, the sums would be in the billions of shekels. http://www.haaretz.com/business/hmos-to-receive-huge-cash-injection-after-high-court-rules-against-state-1.443423