This is post worth taking a look at and I’ll just try to summarize what is covered here relative to healthcare from the “Next at Microsoft” blog.  This apparently was a big day for VCs to come

and take a look at what’s happening with Kinect and healthcare was represented well.  Dr. Crounse from Microsoft was present and introduced one new Kinect technology I had not seen yet but it looks like there’s some serious work going on here with using Kinect with privacy as a monitoring tool.  You can also read his blog for the latest Health IT information happening at Microsoft.    Dr. Crounse as well as myself and few others were the early users of Tablet PC “before they were cool” as they are now.  Years ago at one of the Microsoft User’s groups I attended I remember the night to where we all were given a first glimpse and presentation of this new technology that was to be announced in a couple days and look at where we are now.  Back on topic ZebCare was one of the innovative products shown. 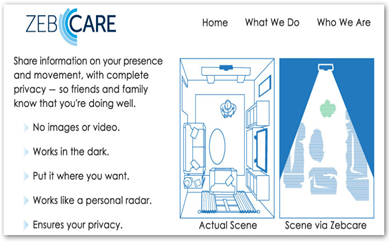 Perhaps one of the best known Kinect technologies is GestSure which you may have already seen as it has received a lot of publicity and is used at a hospital in Toronto to where it is used in the surgery room to view medical images and other information, giving the surgeons a “hands free” atmosphere to where they don’t need to “touch” anything. 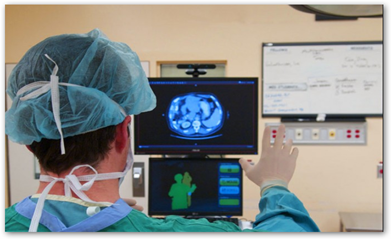 Jintronix was yet another application that works with Kinect to make physical rehabilitation easier and interesting.  I don’t know about you but rehab is something is needed but its always a bit of drudgery to get through it.  It’s amazing as to what is being developed with Kinect.  I attended the Israel Conference a few weeks ago and found another interesting development with Kinvestix which is a vest you can wear that figures in resistance so you can do this instead of having to actually pack on a lot of weights and still get the same benefits with a work out.

There’s also an application that is pretty wild to where Kinect can scan a room and you can use a 3D printer to print what’s the in the room so if your best friend comes over to visit Kinect with a 3D printer can print him/or her out.  Also at the Israel Conference I did get to see one of those 3D printers and it’s amazing what they do.  Printing a pipe wrench has received a lot of attention and that was the first thing I asked, “where’s your pipe wrench” sample.  In 2011 I attended the same conference and spent a bit of time talking with Microsoft/XBOX Corporate VP Ilan Spillinger and got to hear the story about how Kinect came into being with it’s roots, interesting story on how the developer was able to connect with Microsoft and the rest is history.  You can use the link at the bottom here and see what else was featured.  Kinect has certainly earned its place in healthcare and I’m sure there lots more to come in the near future.  BD

Kinect Demo Day At Microsoft–Getting Prepared
From the blog post: “I get to see lots of presentations in my role at Microsoft but few are as compelling as the one that opened the Microsoft Accelerator for Kinect Demo Day today. Jintronix kicked off the 11 presentations from the teams who have been participating in this program in Seattle for the last 13 weeks. They stood in front of a room of over 100 venture capitalists and drew spontaneous applause for their Kinect based solution that looks set to transform physical therapy and in home rehabilitation.” ”Zebcare were introduced by Microsoft’s Dr Bill (Crounse), and Zeb Kimmel explained their employment of Kinect for helping elders. In a nutshell, they’re using Kinect as a “smart radar” in homes that can alert family or doctors about abnormal patterns of movement or lack of movement in a home. Zebcare can track the movement of individuals with total privacy and allay the major fear many of them have about losing their home”. http://blogs.technet.com/b/next/archive/2012/06/29/microsoft-accelerator-for-kinect-demo-day-offers-lots-of-vc-options.aspx
Friday, June 29, 2012
Medically Related , Microsoft/Windows News , My Commentaries , Other Items of Interest , Technology