Home » Medically Related » Other Items of Interest » Technology » CVS Drug Stores Could Face $29 Million in Fines For Losing Track of Prescription Pain Killers At California Stores - Don’t Worry About Tobacco So Much And Go Hunt Down That Missing Vicodin..

This was kind of like I said a few weeks ago about CVS, pay attention to the core business rather than going crazy over tobacco.  This is a good report from the LA Times.  Sure if they want to not sell tobacco 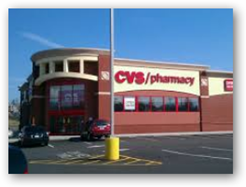 products, that’s fine but don’t lose track of the main core business and that’s what appears to have happened at 4 stores in California.

Prescription drugs and tracking is a big issue today for all drug stores.  Last year you can read below where CVS paid $11 million in fines in Oklahoma.  Also last year CVS had the big raid fro the DEA in Florida.

Drug stores are in the data selling business too and we read about the rivalry with Walgreens quite frequently these days and below is the latest example of getting more data to sell.   See the 60 Minutes story and video here on data selling and how your prescription data gets out there.

You might also remember the AutoFill situation CVS has in place to where incentives are paid to pharmacists for capturing refills.  In the LA Times report, David Lazarus reported that the pharmacists were required to enroll 40% of patients in this program.

I don’t know if bar codes were involved with refills but now you have Walgreens suing both CVS and Rite Aid for patent violations on software.  Here’s a page with 3 CVS patents..and they are very strange…one having to do with improved adherence  to medication therapy so if you get your prescription filled at CVS

you could be falling under this “compliance” type of patent:)  Auto refill cases are still pending.

Who cares about tobacco, keep track of the Vicodin in the system and that campaign was more advertising than anything else when it came out.   I guess when you have more serious issues like this you want to what you can to try to keep a clean image.  I’m looking at this from a “risk management” opinion here and I really don’t care if they sell tubas, take care of the core business, please as that’s what I go there for, prescriptions.  Refills on prescriptions  no matter what they are add to the bottom line profits.  BD

CVS Caremark Corp. could face as much as $29 million in fines for allegedly losing track of prescription painkillers at four of its California stores, from which authorities said thousands of pills may have been sold on the black market.

Officials at the U.S. Drug Enforcement Administration and the California Board of Pharmacy told me Monday that more than 37,000 pills were apparently taken from CVS stores in Modesto, Fairfield, Dixon and Turlock.

Meanwhile, CVS pharmacists in Southern California said they've been instructed by the drugstore chain to get their paperwork in order so that no other prescription meds are found to be missing.

The chain and its Oklahoma subsidiary agreed to pay $11 million last April to avoid civil charges that they failed to keep accurate records of drugs being received from wholesalers and dispensed to customers.

In June, the DEA disclosed that Walgreen Co. had agreed to pay $80 million in fines to end a probe into allegations it failed to prevent prescription meds from going astray from some of its Florida stores. It was the largest-ever civil penalty paid under the Controlled Substances Act.

CVS is no stranger to official scrutiny. Investigations were launched by the U.S. Department of Justice and officials in California and New Jersey after I reported that pharmacists were refilling customers' prescriptions without their permission.

CVS blamed the practice on rogue drugstore managers and insisted that the company's official policy was that customers are always asked before being enrolled in ReadyFill, the chain's refill program.

But I subsequently obtained company documents showing that all CVS pharmacists were expected to enroll at least 40% of patients into ReadyFill. Failure to do so, pharmacists told me, could result in reduced compensation or even being fired.