Home » Medically Related » My Commentaries » Technology » House Passes Doctor SGR Bill With Conditions, Five Year Stall on Mandating Penalties For Individuals Not Buying Health Insurance - Why Not At Hold Off of Penalties (But Less Than Five Years) As Many Other Items In the ACA Are Getting Extended…

How many years has this been going on?  Well I have been blogging here at the Medical Quack for seven years and it’s an annual event and began a few years before I started talking about it.  This is kind of sad that this cannot get a fix.  I can see some of the logic in here with a delay as what hasn’t been delayed with the ACA?  Well everything hasn’t but anything that ties to complex IT infrastructures has.  That’s what the entire problem is here with the world we live in today is that all the data needs to match and come together.  So maybe they can compromise here and come up with a shorter delay?

I realize budgets are based on the formulas but this formula was broke about a year or two after it was passed just due to economic conditions, so why keep 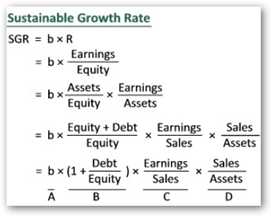 a broken rule or law around.  In a couple years the SGR was not stalled off in time and what a mess Congress created there with retro-active billing as the cuts went through temporarily and then had to be adjusted.  Now that we have ICD10 coming up, oh boy….we don’t want to do adjusted billing that can be avoided again for sure.  The adjusted billing of course means less cash flow and reimbursement delays for doctors.  Here’s what I said a few weeks ago…again all the data and algorithms have to work together.

Might as well get this one taken care of sooner than later as the plate is getting more full of other issues that appear and technology is doing a good job of filling up the Congressional plates for sure.  Again with ICD10 we DO NOT need any more retro-active billing to take place as that would be enough complexities to put some over the edge.  Now I read where some want budget cuts else where in order to counter act the repeal of the SGR.  Do we really need to do that?  Budget cuts are out there in mass numbers anyway so we do we need to make this more complex?  We are beyond the point of having to show any kind of nobility in laws today for the most part, just take care of business in a reasonable fashion as this will come back and bite in some fashion later.  Is anyone going to learn how to model and not just do budgets alone?  Models need to be adjusted too as things move forward.

I just seem to think the “penalty” is loosing it steam as being a portion of the law to enforce participation.  It’s all about affordability today and whether or not the algorithms play correctly with insurance exchanges for a lot of it.  BD

Since the economy has gone into the dumpsters for consumers and with banks and corporations having more cash than ever, the law and rules originally written before all of this occurred so massively in the last couple of years need some thought as to “what model” can really work.  The SGR should be abolished so lawmakers can move forward and deal with other pressing issues.  It’s to the point of embarrassment now. It’s this fear of math creating all this disruption in DC too…look at this real study and tell me there might not be some of this on the Hill (grin).  BD

The latest effort to repeal Medicare's sustainable growth rate (SGR) may be defeated by a partisan fight over the Affordable Care Act (ACA).

Legislation to repeal the SGR was approved by the U.S. House of Representatives on Friday, though a Republican-backed amendment that delays a penalty for the individual mandate of the Affordable Care Act (ACA) caused House Democrats to oppose the bill and predict its defeat in the U.S. Senate.

The SGR Repeal and Medicare Provider Payment Modernization Act passing the House is the first step toward revamping the payment formula that calculates how much physicians are reimbursed for Medicare services, and sets a standard industry-wide for how insurance companies pay providers. The reform effort would replace the SGR with a formula that would tie payments with quality metrics.