Home » Insurance » Medically Related » Las Vegas Resident Get Bit By a $407,000 Killer Algorithm When Signing Up for Obamacare, Algos Didn’t Talk To Each Other, Had Heart Attack And He’s On the Hook For the Cost, He Signed Had Signed Up With United…

Las Vegas Resident Get Bit By a $407,000 Killer Algorithm When Signing Up for Obamacare, Algos Didn’t Talk To Each Other, Had Heart Attack And He’s On the Hook For the Cost, He Signed Had Signed Up With United…

This is what I keep saying, is that the Algorithms are in control here and this is just one more example of people getting hurt with data that does not work together.  After he signed up, paid his premium, 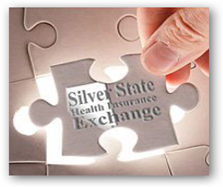 he had a heart attack and nobody can find evidence that he was covered (at least in the data pools) for this, so now he gets it.  It’s another glitch, what I call the “Attacks of the Killer Algorithms” as that’s much more appropriate.  A glitch in my opinion is a data error when nobody gets hurt and that’s not the case here.

Here’s another good one from Nevada to where a couple could not get insurance as the state government files (which I’m sure they also sell) showed the man incarcerated.  You can’t help but see how the data selling epidemic is having an impact.  Nevada and Oregon are also looking to get enrollment times extended.

It’s the weirdest thing that politicians when hear stories like this, just run for the hills I think.  As the article states United Healthcare said they could not find him in their system but they have their issues being so big and almost too big to fail these days.  How about this one, they bid a contract and get it in Maryland and then fined they fired all the doctors in network to see the patients so they has it rescinded.

The man’s check was cashed and now the contractor is trying to get one of the other choices to maybe pick him up and cover the expense…of course you wouldn’t see United do that, it’s all about their algorithms for profit, and the article says he has proof of what he signed up and paid for.  The state just approved $1.5 millions contract to fix the exchange.  BD

Las Vegas resident Larry Basich began the laborious process of signing up for Obamacare in October of 2013 when the Nevada state healthcare exchange went live. Like other state exchanges and the now infamously flawed Healthcare.gov, the Nevada Health Link site was a nightmare to negotiate and fraught with technical errors. In fact, the site was so complicated that Basich compared it to negotiating the harder levels of the video game “Doom.” After numerous attempts to sign up for coverage,  it was not until November that Basich was finally able to choose a “silver” level plan issued by UnitedHealthcare. Basich was billed for the coverage and paid his premiums via auto withdrawals from his bank. In early 2014, due to a medical emergency he sought lifesaving medical care.

One can only imagine his shock when he was billed $407,000 for that care and advised that in fact, his medical coverage was not yet in effect due to a flaw in the system.

The initial premium payment withdrawn from Basich’s account was before the December 23, 2013 deadline and his coverage was supposed to be in effect on January 1, 2014. Basich jumped through all the hoops the state health exchange required and when he sought confirmation of his coverage, Nevada Health Link reassured him that he had medical insurance. However, at the same time, UnitedHealthcare claimed they could not find Basich in their system. UnitedHealthcare did not issue Basich an insurance card or policy packet despite his having signed up for and paid the premiums for their “MyHPNSilver1” plan through the state exchange.

Zerox further claims that Basich chose a different health care insurance provider despite the fact that he has the confirmation paperwork showing he signed up for the “MyHPNSilver1” silver plan. In what would appear to be a tactic to avoid financial outlay, Zerox is attempting to assign responsibility for the medical coverage to Nevada Health CO-OP but the CO-OP claims they have no record of Basich ever being in their system.