Home » Medically Related » My Commentaries » Pharma/FDA News » Technology » Senators Ask FDA About mHealth, Move the ONC Over To the FDA-Both Could Collaborate Better Together and We Get More Than One View, Help Pave The Way For Better Regulatory Processes For All of Us With Both Safety And Software Issues Working Together For the Same Goal… 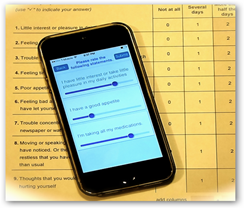 input from the ONC from the clinical and user side.  It would be a win-win instead of this debate we seem to be having right now on the topic.  It’s just like a lot of other things in the world today, as technology graduates outside of given silos, no matter what kind of silo they are and I don’t mean just data, the folks that need to regulate and over see need to collaborate as well and join forces.

Now that medical devices are adding data to medical records in some instances you need the ONC input there as well for their view and not just the FDA from a safety standpoint.  Again collaboration here with both view points on the table at the same time would be good thing.  Now the Senators aren’t going to understand the entire picture anyway, as that’s kind of the way they work.  .

I keep talking about the non partisan re-establishment of the “Office of Technology Assessment” that could research a lot of this stuff for them and help them out, but we have deaf ears and things like fake filibusters and Dr. Seuss being read seem to take priority.  By the way, Senator Cruz is my current “poster child” for that campaign that was initiated by the Sunlight Foundation.  The only problem with it is that it has not seen any “sunlight” yet.  I do have to admit during that “fake” filibuster I joined in the tweets with some intelligent tweets with links giving information and picked up a few members of Congress now following me on Twitter, of course they were those that embrace Twitter as a good news feed.  I had a fellow geek tell me about it that day and we decided to pound on them with “intelligence” via Twitter (grin). 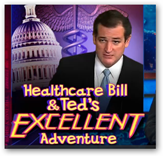 an agency of such to get the information to help me and do the research but these folks seem to think they have to show “they know it all” and we know that’s not the case anywhere today in the world, so flash backs to the 70s I guess with old perceptions that don’t apply any more.  Shoot even if they would deploy old IBM Watson around there they could at least query and model a lot better than what gets done now as they leave too many loopholes out there that a trained system like Watson could find for them ahead of time.  Those in the money business, i.e. banks didn’t waste any time, so it might just be time to “keep up with the banks” as the Jones moved out of town years ago and you don’t have to worry about them anymore.

Why can I sit here and see that and others haven’t?  It’s not rocket science but rather more about “data mechanics” I guess and that’s probably why my opinionated brain goes there, it’s as clear as day.  With complexities pushing Meaningful Use to the all with a new model there needed if it is going to continue, this would be doing something right now in an area that needs to start collaborating real soon as the technology is not waiting and the ONC could go about their other business items they tend to, just in a different place with access to greater resources.  What do you think business does when they have departments begin to cover related and like portions of business, the same thing.

With the questions listed it doesn’t sound like the Senators have found or used the FDA mobile app either and I would almost bet none of them have even touched any consumer mobile apps.  Are we not talking mHealth here..hello?

Maybe the senators should check it out and participate like the rest of us try to do?  These guys and their questions are focusing around emails.  Another question is quite amusing as well with asking how will they determine safety on a type of devices that’s never been approved before?  Well are we talking one with software?  There you go a nice joint effort with FDA engineers and the ONC to work on together.

Are there better tools the FDA needs?  Well again it’s a lot of software and and of course the in house or contracted engineers at the FDA do their best as they could be that patient at the end of that device too so they are motivated.

“What approach does the FDA use to regulate complex software”…oh golly gee…folks we can’t write this one in stone as software comes in all sizes, shapes and colors and platforms.  It conducted like anyone other software evaluation along with as much testing and debugging that can be done, much unlike the release of Healthcare.Gov was done (grin).  The FDA is quite a bit ahead of the game compared to the top management at HHS who had no “data mechanics” background at all and when it comes to technology magpie styled quotes even become difficult for her.

So come on Congress, get yourself some tools (Office of Tech Assessment and maybe IBM Watson) and help yourself out a bit, you might be glad you did and don’t be a spectator all the time.  FDA Commissioner Hamburg too is already talking about mHealth and she gets it, “context” which is a good thing for her input.  She can see the glut of what has emerged on the consumer side and again I think it’s a great idea to bring the ONC over to the FDA as we will all benefit and it might be a little job security for the ONC too come to think of it next time Congress decides to start looking at cutting somewhere:)  BD

Six US senators sent the FDA a letter this week to check in on the agency’s interactions with mobile health app developers since it published its final guidelines for mobile medical app regulation last year. The senators who signed the letter – Michael Bennet, Orrin Hatch, Tom Harkin, Lamar Alexander, Mark Warner, and Richard Burr — stated that they wanted to ensure the agency’s oversight over medical apps remained current with changing technologies and that they believed the FDA should provide even more clarity on how the “range of medical software might be appropriately regulated”. That said, this group of senators lauded the agency’s risk-based approach to regulating medical apps as outlined in the final guidance.