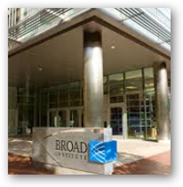 let go as the grant when revised  included less money this time around.  The cut also affects two other institutes, the J. Craig Venter Institute and the Institute for Genome Sciences who both stated they would not be laying off any employees.  BD

The Broad Institute, a Cambridge genomics research center, has notified 22 employees that they will be laid off at the end of the month because of decreased federal funding for a grant.

Nicole Davis, a spokeswoman for the Broad, would not specify which jobs were being cut, but said they included a wide array of positions, including technicians and research scientists. The institute has about 900 employees.

It is hard to speak with a scientist these days without hearing about how difficult the federal funding situation is. More and more researchers are finding themselves scrounging for money rather than doing science, caught in a cycle of constantly applying for grants.