How this relates to healthcare too….as you need to know your geek and what formulas they bear…as many are taking advantage of ignorance and bliss of the American public.

Words of wisdom and right to the heart of the matter.  Below I have included a clip from the Wall Street Journal about President Bush signing a bill on protecting intelligent property, and what I found interesting is the mentioning of the fact that the coordinator for this was originally to be housed with the Department of Justice, but they protested?  According to this article the coordinator now will be in an executive position at The White House?

“WASHINGTON -- President Bush on Monday signed a bill aiming to beef up U.S. enforcement efforts to stop the sale of pirated or

The legislation is important to pharmaceutical companies, software producers and media content companies such as music and movie studios and television broadcasters.

The measure creates a high-level administration coordinator charged with protecting the nation's intellectual property. Originally, that coordinator was housed at the Justice Department, but after the DOJ protested, the bill sponsors placed that position in the Executive Office of the President.”

Just something that comes to mind makes we wonder if there are perhaps we have a shifting of responsibility due to maybe the way the law was written, or is it too hot of a potato that nobody wants?  One thing for sure being that is is for the protection of “Intelligent Property” we are going to need intelligent systems as well as intelligent people to enforce and assess this area.  Healthcare has a load of intelligent property, and most of it is software, R and D material developed and stores with the assistance of software.  Healthcare is a software business, as well as just about every else is today.

After the last two weeks we should all be pretty much aware of the “geeks bearing formulas” with what has occurred on Wall Street.  You can read more below on a prior post.  If you go back to the entire post, you can read some actual stories from those in the IT side of the business.  Listen when you might have a little time to what Warren Buffet has to say below, some great pearls of wisdom and some very educating words spoken in the process.

I posted about this already before finding this article, which in fact is about one of the best I have seen that helps explain the technical side of things

“In healthcare software there’s risk management too, so can you imagine the programming to be set up to create an entire practice of sick patients to produce more money?    There is a certification process with healthcare software, and without standards and someone auditing the entire process it would be possible.  The overall business intelligence would create the results on a dashboard based on the prerequisites programmed as well as reports.

Were there any standards or audit trails here?   In software there’s always an area to change settings to customize a software application to where it works best for the user and those features are built in, but the over all calculation queries are run at the server level, beyond what the user can do from their PC computer, and the comments from the IT folks here explain a bit more of the process, with many throwing their arms up with what they were presented with to create the ultimate outcome for the brokers and staff to use.

Programmers by nature want everything to work properly and know what accuracy is, otherwise as coders, they are the ultimate providing source, so here there were IT departments being presented with code they did not write, but contained the algorithms written by those higher up to program into the calculation processes, some IT folks were put in a pretty touchy spot to say the least here, program or no job, and as some mention below some of it was pretty sloppy, which being a coder myself, when I get in a hurry, I can certainly turn out some pretty sloppy stuff too.  I know exactly how they feel though as far as being put in situations where I could not create the desired result, right or wrong in nature some stuff just won’t fly.” 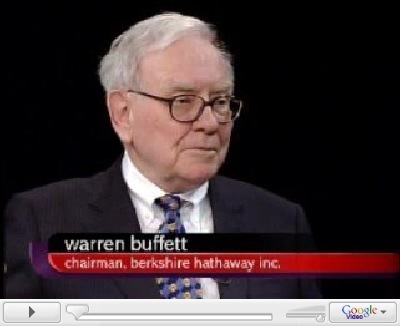 Now we have a law that has been signed in to place, but who’s going to run the show?  Audit trails of more than one type will be required to make sure all are covered and represented properly.

Healthcare is all about “Intelligent Property” and how we go about protecting remains to be seen as I wonder if there is truly anyone “geeky” enough at the top to handle this?  We certainly can’t stand by as we did with Wall Street and wake up to another “oh my gosh” stories on the 10 o’clock news.

Mr. Buffett spoke some true words of wisdom in this interview, and something to really give some thought, as the world as we know it today is rapidly changing and the sooner we embrace and succumb to the fact that controlling and assessing software is at the bottom of most solutions, we will be much better off learning to live with software and technology it instead of fighting advancement or living in a world of denial as ignorance is no longer bliss, it will get you and those around you behind the 8 ball and potentially ruin your lives on the basis of the “geeks bearing formulas” taking advantage of ignorance and bliss of the American public.  BD

Algorithms, Formulas and Investigations leads to AARP suspending sales of some health plans

The Future – A Day of Going to the Doctor