It is nice to make statements to somehow convey helping but for some reason it’s the lack of transparency with the company that I think tends to give them a tarnished reputation.  Last I looked, Senator Rockefeller was still waiting to see if any of the federal employees were hit with the Ingenix overcharge situation and then the AMA and several states still have filed lawsuits in that area too.

Basically all I interpret from reading this is just to cut back and not offer healthcare to a portion of our society, which anyone could do, so where’s a solution that could be viewed positively?  After what is currently happening I wonder how the company could effectively position themselves with a legitimate positive posture as there are very little offerings of transparency.  BD 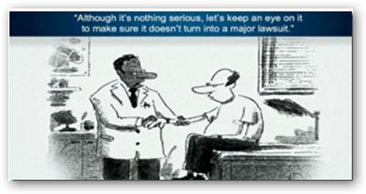 WASHINGTON - A major health insurer says the government can save big money on health care by sending patients to cheaper, more efficient doctors, reducing hospital visits by the elderly and cutting down on unnecessary care.

Those are among 15 suggestions made Wednesday by UnitedHealth Group Inc., a Minnesota-based health management company that said the proposals could save $540 billion over 10 years, mostly through savings for the government's Medicare insurance program for the elderly.

Some of the proposals could be cast as attempts to ration health care — one of the attack lines some conservatives have been using against emerging proposals from the Democratic-controlled Congress.

Like other groups with an interest in the outcome, UnitedHealth is trying to position itself as a constructive voice in the debate — and avoid becoming a target itself as lawmakers try to reshape the nation's $2.5 trillion health care system.